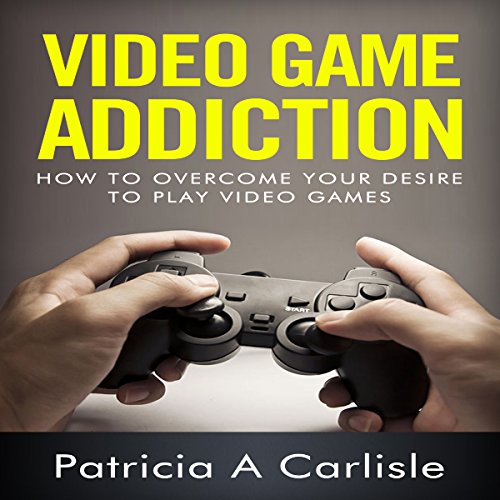 By: Patricia A Carlisle
Narrated by: Tom Edwards
Try for $0.00

Video game addiction, often considered a form of computer addiction or Internet addiction, has had more and more press over the years. Video games include computer games, console games, arcade machine games, and even cell phone, PDA, and advanced calculator games. Since the 1950s, gaming has grown into a multibillion-dollar industry. People have recently become concerned about the long-term effects of video game playing, particularly on children. Video game addiction is hypothesized to be an excessive or compulsive use of computer games or video games that interferes with a person's everyday life. Video game addiction may present itself as compulsive game playing, social isolation, mood swings, diminished imagination, and hyperfocus on in-game achievements to the exclusion of the other events in life. In May 2013, the American Psychiatric Association (APA) proposed criteria for video game addiction in the Diagnostic and Statistical Manual of Mental Disorders, concluding that there was insufficient evidence to include it as an official mental disorder. However, proposed criteria for Internet gaming disorder are included in section three, on condition of further study. While Internet gaming disorder is proposed as a disorder, there are still discussions about how much it is caused by the gaming activity itself or whether it is to some extent an effect of other disorders.

Although there has been various research proving the addictiveness of video games, counterarguments also abound. For example, while research suggests people who play violent video games for extended periods of time show increased aggressive behavior and hostility, such claims are disputed by multiple sources. Such sources also claim that individuals who play nonviolent games showed no differences in their aggression or hostility.

Not a well written book. Do not waste your time or money. They actually talk about how to choose a good game to play?