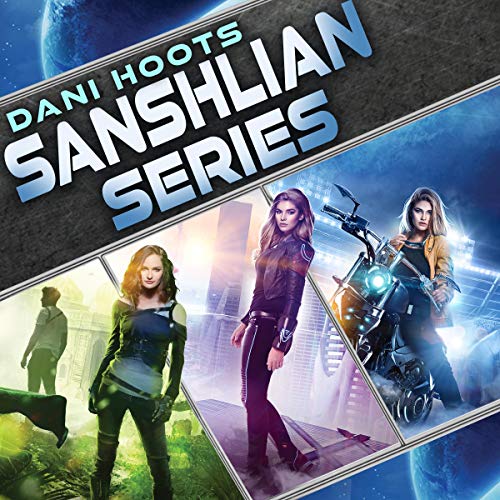 By: Dani Hoots
Narrated by: Claire Duncan
Try for $0.00

Be thrown into another galaxy with this riveting YA sci-fi trilogy!

There is only one way to bring back order to the galaxy, and that is by finding the legendary planet Sanshli.

Eleven years ago, my life was ripped away from me. My father, my brother, my humanity. Everything. I was thrown into the Kamps, created to become a mindless machine. But I fought against it, not letting them take away my memories of the past. And I succeeded.

It has been seven years since I was taken out of the Kamps and made into the Emperor's Shadow. Now, I only take orders from him, and him alone, without question. That is, until my brother, whom I thought was dead, shows up and kidnaps me in order to help him find some long-lost planet that our father used to tell stories about.

According to the legend, anyone who find the planet Sanshli can rewrite the past, and my brother wants to use it to destroy the empire. My loyalty will always be to the emperor, but what if this planet is real? And the longer I stay with my brother, the more I begin to find that the emperor has been keeping secrets from me. But I can't turn my back on him....

Fans of Star Wars, The Hunger Games, and Ender's Game will love this series!

What listeners say about Sanshlian Series

The world, characters and story are all done really well! Just enough of everything from action to romance, suspense and a sense of a sense to all that is at stake! The narrator fit the MC and other voiced characters very well and did a fantastic job.

Definitely a recommend for anyone that enjoys Young Adult Science Fiction!