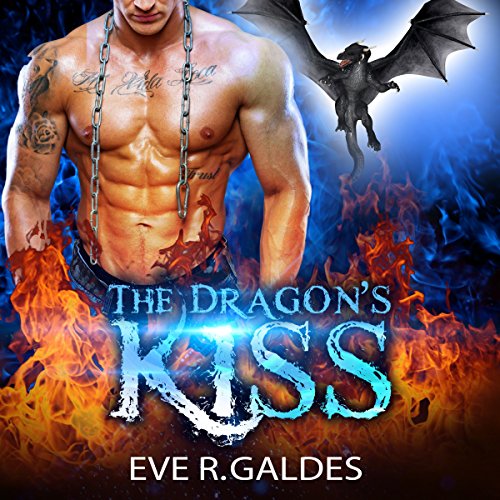 With the fate of the world at stake, their love never stood a chance.

All those years gone by without even an explanation for why he left.

Rachel poured her broken heart into her work, but the memory of him never really went away.

If only she could see him again. It's been so long though now, there is no reason he could give to justify the pain he put her through.

Vance kissed her for the first time knowing it would come to this.

There was no stopping it though. He couldn't resist.

Now the eternal fight between two ancient Dragon lines has brought him back to city he lived his best years in - his years with her.

If only there was a way to show her how much hurting weighed on him even with the fate of the world on his shoulders.

What listeners say about The Dragon's Kiss

At first I don't know what to say about this. I'm kind of conflicted. The beginning plot is not terribly bad. You know woman abandoned by her shifter love that couldn't or didn't do to family species constraints have a chance to explain things to her urges that out couldn't for safety reasons is a decent plot to start with the whole one side defending humanity and other dragons versus the bad side also rather done but ought not a bad plot the way it was presented. However, I have to say that where I started out wishing this book would be more than two hours long. By the end of it. I have to say I was almost thankful that it was not longer than two hours. The narration is horrible. The narrators make most of the characters sound like childish anime tunes. I personally am not a fan of anime one of the reasons being at the way they sound. I don't know, maybe whoever performed this does anime voices. I don't really pay attention to the background of the narrators but this definitely had an anime feel to it for more than one of the female characters. Which did not help. Asinine, sophomoric dialogue the in my opinion totally detracted from a decent start on what could've been an excellent plot. I will say that if this had not been an audiobook I don't think I would've taken the time to sit still and finish reading it as it was I had to grit my teeth through some of the most horrible narration that I've heard in my experience with audible so far. Like I said the start could've been interesting but as it progresses. It's like finishing my way through it on principle literally had me considering banging my head upon the desk just my personal reaction.

This is a request for Ms. Glades to WRITE MORE STORIES about dragons! I really enjoyed this one but it was just too darn short. It was an easy listen and I was engaged but again, too short.

I loved "The Dragon's Kiss" audiobook because of its uniquely articulate style and the vivid portrayal of romance and emotion. The performance of Jack Lionheart and Phoenix T. Clark certainly enhances it.

Quiet time, blanket and something "HOT" to drink

This really hit the spot, especially if you want to escape and relax into a sexy romantic fantasy. Narration is fitting and puts you in the situation of each character. I felt engaged. I rather enjoyed this title and would like to hear more.