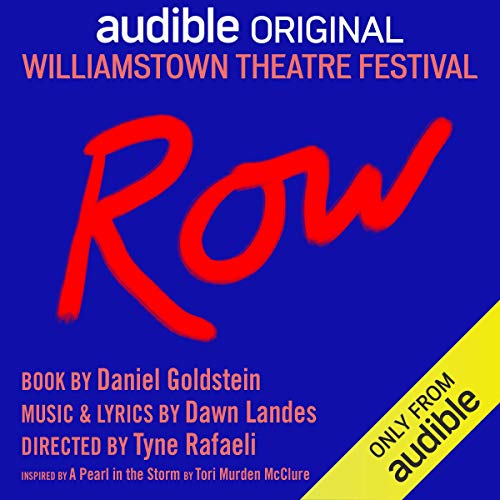 Tori (Grace McLean) aims to be the first woman to row solo across the Atlantic. As a child, she raised her younger brother Lamar (John McGinty), defending him against discrimination and neighborhood bullies. Now, with nothing but her body and a hand-built boat, she squares off with her own tormentor: the ocean. Inspired by A Pearl in the Storm by Tori Murden McClure, this uplifting world premiere musical, directed by Tyne Rafaeli with a book by Daniel Goldstein and music and lyrics by Dawn Landes, interrogates and reveals the resilience, fear, and ambition inside one individual undeterred by the odds.

For over six decades, Williamstown Theatre Festival, recipient of the Tony Award for Outstanding Regional Theatre and the Commonwealth Award for Achievement, has brought emerging and professional theatre artists together to create a thrilling summer festival of premiere work alongside fresh, new productions of the western canon, accompanying cultural events including COMMUNITY WORKS and Late-Night Cabarets, and readings and workshops of new plays. Under Artistic Director Mandy Greenfield, WTF launched the Andrew Martin-Weber New Play and Musical Commissioning Program, through which theatre artists, including Jocelyn Bioh, Nathan Alan Davis, Halley Feiffer, Justin Levine, Matthew Lopez, Jiehae Park, Benjamin Scheuer, and many others, create new work supported by a year-round play development program. WTF runs unmatched training programs for new generations of theatre talent, and artists and productions shaped at WTF fill theatres in New York, London, and around the country each season. Williamstown Theatre Festival’s productions of The Bridges of Madison County, The Elephant Man, Fool for Love, Living on Love, and The Visit enjoyed critically acclaimed runs on Broadway, with The Elephant Man and The Visit receiving Tony Award nominations for Best Revival of a Play and Best Revival of a Musical, respectively. WTF's world premiere productions of Cost of Living (winner of the 2018 Pulitzer Prize for Drama), Actually, Paradise Blue, and Moscow Moscow Moscow Moscow Moscow Moscow played acclaimed Off-Broadway runs. In the abbreviated 2019-20 theatrical season, Williamstown Theatre Festival was represented or scheduled to be represented on Broadway, Off-Broadway, and regionally by The Sound Inside and Grand Horizons, both of which received Tony Award nominations for Best Play, The Rose Tattoo, Seared, Selling Kabul, Unknown Soldier, and Lempicka. Visit us at www.wtfestival.org.

Williamstown Theatre Festival would like to thank 321 Theatrical Management, Telsey & Company and DKC/O&M.

Daniel Goldstein won the 2016 Kleban Prize for Most Promising Musical Theater Librettist. He received an inaugural Calderwood Commission from the Huntington Theatre Company, for which he wrote an original musical with Michael Friedman titled Unknown Soldier, which was developed at the Manhattan Theatre Club, O’Neill National Music Theater Conference and The McCarter Theatre and had its World Premiere at The Williamstown Theater Festival in 2015, and had its New York premiere in February 2020 at Playwrights Horizons. With Friedman, he is also the author of The Song of Songs, an adaptation of the Sholem Aleichem novella. Goldstein’s plays include Orange Crush, commissioned by Roundabout Theatre Company.

About Composer and Lyricist

Dawn Landes is a Nashville-based singer-songwriter whose music could be heard on The Good Wife, House and Gossip Girl. Along with releasing six albums, and an EP inspired by yé-yé (’60s French pop music), Landes is a frequent collaborator with contemporaries such as Sufjan Stevens, Norah Jones and composer Nico Muhly. She has appeared with the Boston Pops and the NYC Ballet. Row was originally commissioned by Joe’s Pub, and has been developed at The Public Theater, Goodspeed Opera, the Rhinebeck Writers Retreat, The Kimmel Center for the Performing Arts, and Playwrights Horizons, and earned her a 2019 Lilly Award. dawnlandes.com 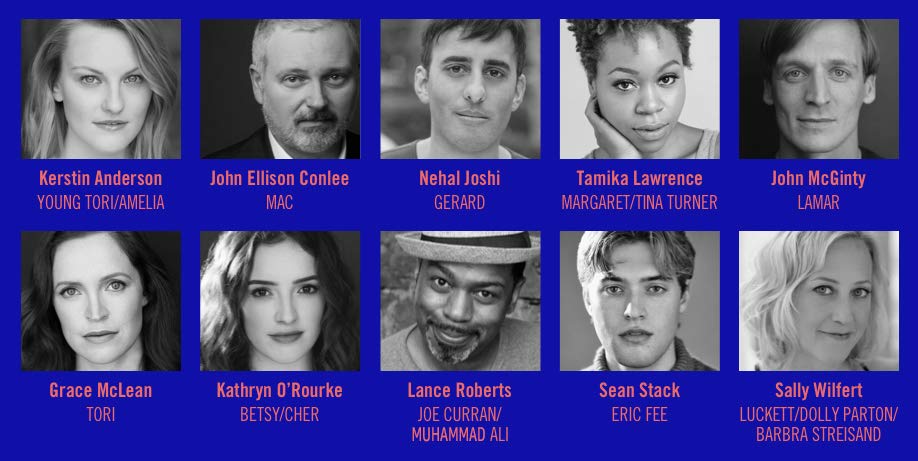 The WTF Season on Audible has been made with the spirit of invention, which has long been a hallmark of the Festival.

What listeners say about Row

I love the theater and I love audio books. This experience was fantastic. I hope Audible continues bringing theater to the listening experience.

The musical score is outstanding in bringing balance to the incredible adventure of Tori McClure's row across the Atlantic Ocean, daring, brave and totally alone.

My heart stopped in listening to the final interview of the writers and producers when they simply say "after a year of isolation we think the audience will be captured by this play, this story, this woman!"

I've been going to WTF for years. I was curious what the season would be like on Audible. Some have made the transition to this new format just fine. I felt like this was a hot mess. The first two thirds were so paint by the numbers you-go-girl I only kept with it because it was so short. Maybe the staging would have made it more palatable. But the music was derivative of Dear Evan Hansen, the lyrics were cringe-worthy & the cameos of famous people were enough to push me over the edge. It very much seemed like a work in progress. I know they said in the interview at the end that it took ten years. The last third was actually interesting & seemed to gel more. I'm glad WTF is back somewhat this year on ground. Not everything is a hit & for me, this is a big, big miss.

So much is packed into this: things to ponder, music, theater art. What will I do with what I learned?

I wish I had paid closer attention that this was a play and a musical to boot. Not what I expected and fast forwarded through half of it.

One of the best, most engaging stories I have gotten from Audible. And the best Audible Original (which I tend not to like). The compelling life story of Tori Merton woven with remarkable music and sound effects had me captured from the first moment. I listened straight through to the end.

Cannot wait to see it performed at The Clark! Inspirational, authentic story. Well performed, and the interview provided afterward by Mandy Greenfield is worth the listen as well.

The combination of the narrator’s voice stream with the voices of different characters and the quiet lapping of ocean waves in the background was mesmerizing!

I was pleasantly surprised! I am not one for musicals but this was really entertaining.

I accidentally stumbled upon this, so knew nothing about it, and Wow! I loved everything about it- the story, the music, the singing, the voices.... incredibly well done! Very powerful... The concept is very innovative- I would love to see this as a movie one day!