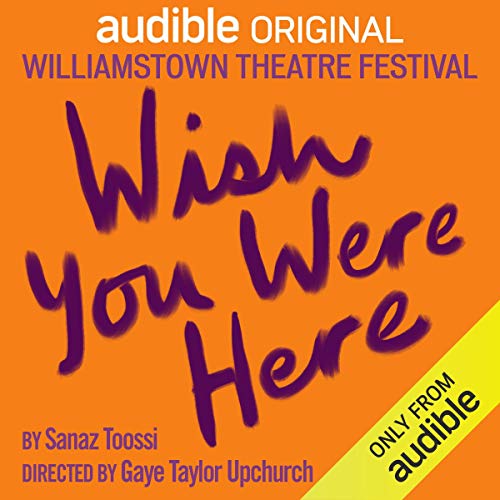 Wish You Were Here

Nazanin and her friends are on the brink of adulthood. As they prepare for a wedding, outside their living room the Iranian Revolution simmers and threatens to alter the course of their lives. Set over the course of 14 years, Sanaz Toossi’s timely world premiere play, directed by Gaye Taylor Upchurch, shines a light on the daring potential of friendship amid the relentless aftershocks of political upheaval.

Sanaz Toossi is an Iranian-American playwright from Orange County, California. Her plays include Wish You Were Here (Williamstown Audible 2020; Playwrights Horizons 2021) and English (Roundabout Underground 2021; Weissberger New Play Award; Kilroys’ List 2019). She is currently under commission at the Atlantic Theater (Launch commission; Toulmin grant), Williamstown Theatre Festival, South Coast Repertory, IAMA Theatre, and Oregon Shakespeare Festival (American Revolutions Cycle). Toossi is a member of Youngblood and the Middle Eastern American Writers Lab at the Lark, and an alum of Clubbed Thumb’s Early Career Writers’ Group. She was the 2019 P73 Playwriting Fellow and a recipient of the 2020 Steinberg Playwright Award. She has an MFA from NYU Tisch. Toossi is a proud child of immigrants. 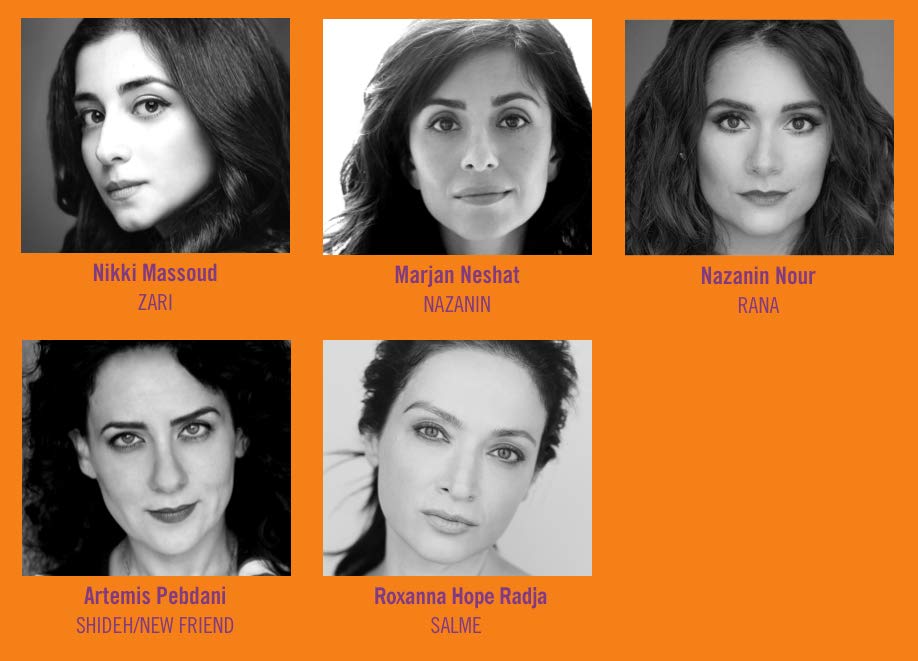 The WTF Season on Audible has been made with the spirit of invention, which has long been a hallmark of the Festival.

What listeners say about Wish You Were Here

I've spent ten years in the Middle East ang got to know the women from there as special, caring and sharing women - as portrayed in this play. The heartbreak due to separation because of politics is so true. What an excellent piece of writing.

This story was written and narrated beautifully. The bonds and emotions were captivating and the distancing was heartbreaking and lovely. What a wonderful way to describe growing up and moving on but still loving your roots. Truly enjoyed the listen!

This play was beautifully written and casted. I grew up in Iran ane immigrated to the U.S. at the age of 20 and I relate to this story and their friendships so much! I enjoyed listening to their fights, gigglings and intimate moments. I wish to see it in theaters soon!

Even though I didn’t understand all of the history behind this play (I was in Middle school during the Iran war), the message was clear. Women friendships are the same regardless of where we are from. Women have the power to support, love, and laugh through all life throws at us. I loved how I felt a kinship with the characters even though I am not Iranian.

We rarely think about the people on the other side

At first I wasn't sure where the story was going. The characters are well-developed. The tragedy of being left behind by the people you love & trustthe most seems unbearable

What do i know about Iran? Almost nothing. But this beautiful play opened the lives of Iranian women to me in a completely unexpected way. Thank you to everyone involved!

Superior ,heartfelt so much empathy for you .. glad I invested the time so eye opening.

Story kept me non stop interested...everytime I thought I had it figured out...I DID NOT! AWESOME read!

The relationships between the friends were quite believable. It was an intimate portrayal of girls becoming women during war. I was right there with them, shaving legs and painting each other’s nails. Loved this story!!!