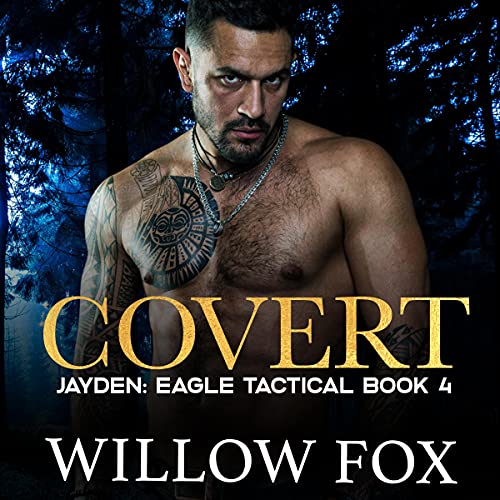 Jayden wasn't the bad guy, just the bad boy, and I fell for him, hard.

My niece has been missing for months, and I've spent every waking hour tracking her down. I need a partner in crime, a woman on the inside who can help me gather intelligence.

Skylar is cute, snarky, and Jaxson's younger sister. She's completely off-limits, and when my former military brother discovers that I've hired her in secret, he's going to kill me.

Desperate for cash, I agree to an undercover operation with Jayden Scott. For two grand a week, I have to be his fake fiancée. There's more to the job, he wants me to sneak around inside his boss' house and find everything I can on his niece’s whereabouts.

The plan goes south fast, and I'm given an ultimatum: kidnap three girls by midnight or be sold at auction.

Covert: Jayden is the fourth book in the Eagle Tactical series. This romantic suspense ends with a happily ever after. It is highly recommended that you listen to the series in order.

What listeners say about Covert: Jayden