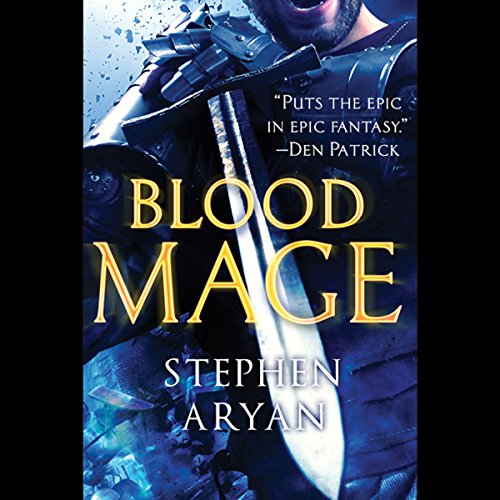 By: Stephen Aryan
Narrated by: Matt Addis
Try for $0.00

The people of Perizzi have survived the battlemage war, but their future is looking darker than ever.

Byrne is a member of the Watch, investigating a series of murders in which the corpses were drained entirely of life.

Fray's expertise with magic is needed to catch the killer, but working with the Watch destroyed his father years before.

Choss is a champion fighter trying to defuse a war in the underworld that threatens to turn the streets red with rivers of blood.

Katja is a spy from a foreign land attempting to prevent a massacre that will topple two dynasties and destroy the fragile peace in the city for ever.

Watchmen and spies, assassins and criminals will clash on the streets in this magic-fueled adventure from the author of Battlemage.

What listeners say about Bloodmage

Well read and we’ll written . I was pleasantly surprised with the 2nd book in the series

The narrators voice is the best I've ever heard!! His tone and character voices are very pleasing to the ear

a completely different story in the same series.

so this story was very well written and fun to listen to. it seems almost too just connected from the previous book, battlemage.. it's as if the author wanted you right a detective fantasy novel and stuck it in his series. with a couple different names it could have been a completely different story in its own series. It was a little bit too disconnected from the series for me.