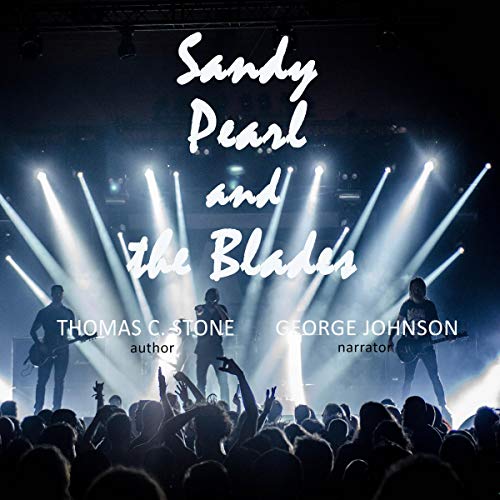 Sandy Pearl and the Blades

By: Thomas C. Stone
Narrated by: George Johnson
Try for $0.00

In the mid-1970s, Sandy Pearl and the Blades were the hottest band on the scene. They topped the charts and wowed the concert audiences. Sandy Pearl was the mysterious front man for the band. Everyone was taken by surprise when the group relocated from LA to a small college town in Texas. Yet, the party continued.

Sandy had an open door policy at his mansion on the edge of town, and the soiree was legendary. Revelers, hippies, and groupies made the scene among a seemingly never-ending parade of sex, drugs, and rock 'n roll. But no one knew who Sandy Pearl really was, until Conrad Snow moved in next door.

In the grand tradition of F. Scott's tales of alcohol-fueled days and nights during the torrid '20s, Sandy Pearl and the Blades reminds us of the tragic futility of pursuing dreams whose time has passed.

What listeners say about Sandy Pearl and the Blades