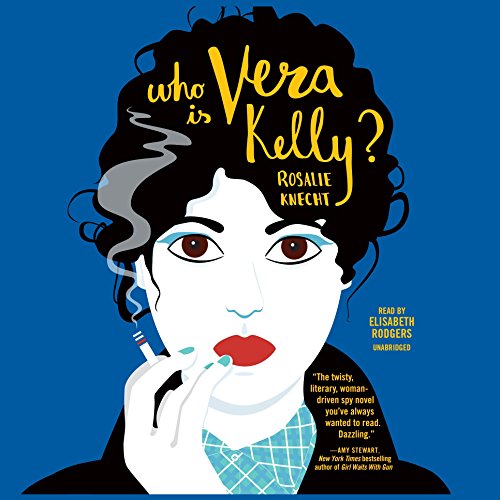 Who Is Vera Kelly?

By: Rosalie Knecht
Narrated by: Elisabeth Rodgers
Try for $0.00

New York City, 1962. Vera Kelly is struggling to make rent and blend into the underground gay scene in Greenwich Village. She's working night shifts at a radio station when her quick wits, sharp tongue, and technical skills get her noticed by a recruiter for the CIA.

Next thing she knows she's in Argentina, tasked with wiretapping a congressman and infiltrating a group of student activists in Buenos Aires. As Vera becomes more and more enmeshed with the young radicals, the fragile local government begins to split at the seams.

When a betrayal leaves her stranded in the wake of a coup, Vera learns the Cold War makes for strange and unexpected bedfellows, and she's forced to take extreme measures to save herself.

An exhilarating coming-of-age story, Who Is Vera Kelly? introduces an original, wry, and whip-smart female spy for the 21st century.

A Huffington Post Pick of Most Anticipated Books of 2018

A BookRiot Pick of Most Anticipated Novels of 2018

A Bustle Pick of Most Anticipated Books of 2018

"Narrator Elisabeth Rodgers flawlessly portrays Vera as a troubled teenager and as the conflicted more mature operative who is trying to do the right thing in the powder keg of pre-coup Buenos Aires. Rodgers's facility with the Spanish phrases and place names brings to life Vera's experience in Argentina. The result is a captivating listening experience." (AudioFile)

What listeners say about Who Is Vera Kelly?

not a whole lot of spycraft just a good story

i expected more. it was good as far as it went, but there were holes in the story.