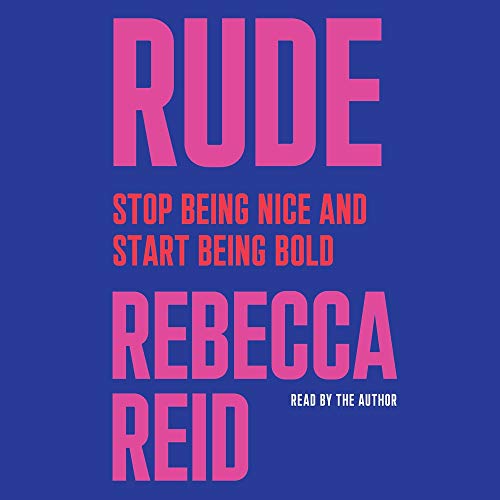 A timely, intelligent, and entertaining exploration of why ambitious women are often perceived as rude and how the power of rudeness can be harnessed in relationships, in bed, at work, and in everyday life - from journalist Rebecca Reid.

During a TV interview with a comedian, Rebecca Reid found herself unable to get a word in edgewise. So, when she put her finger to her lips and shushed him, she became instantly known on the internet as “Rebecca Rude.” It was only then that she realized that being rude could actually be her superpower.

A captivating blend of advice and pop culture, Rude will show you how to utilize the power of boldness in every area of your life. Exploring famous women who have been perceived as rude - including Princess Margaret, Anna Wintour, Taylor Swift, Meghan Markle, and others - this book demonstrates how those women used their “rudeness” to get what they want - and deserve - out of life.

Reid also addresses whether there are different rules of rudeness for women compared to men (yes, there are) and how being taught not to be rude actually prevents women from being successful - especially because when women are assertive, they are often judged as being aggressive. And while there’s a place for politeness, Rebecca argues that it’s never a bad time to stand up for yourself to achieve your dreams.

What listeners say about Rude

this is a really great look at the ways we put being nice to those around us above our own comfort and was the kick in the ass I needed to look at some of that behavior. this is the 6hour pep talk you need!