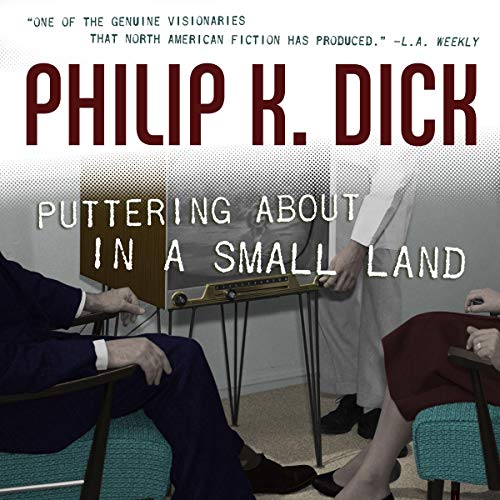 Puttering About in a Small Land

When Roger and Virginia Lindhal enroll their son Gregg in Mrs. Alt's Los Padres Valley School in the mountains of Southern California, their marriage is already in deep trouble. Then the Lindhals meet Chic and Liz Bonner, whose two sons also board at Mrs. Alt's school. The meeting is a catalyst for a complicated series of emotions and traumas, set against the backdrop of suburban Los Angeles in the early fifties. The buildup of emotional intensity and the finely observed characterizations are hallmarks of Philip K. Dick's work.

This is a realistic novel filled with details of everyday life and skillfully told from three points of view. It is powerful, eloquent, and gripping.

What listeners say about Puttering About in a Small Land