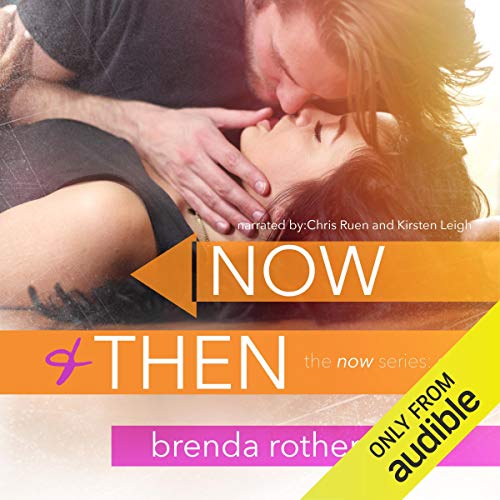 Now Emmaline Carson has settled into her career as a graphic designer, though she'd rather be painting or shopping with her sister Layla. But then - in the years before she went to art school in Paris - she was a shy, awkward teenager with frizzy hair, a flat chest, and a massive crush on the boy across the street, Cole Marlowe. Too bad her incredibly hot neighbor only had eyes for Layla.

Cole is now a confident, laid-back attorney who's even hotter than he used to be. He's planning to stay single while working his way up the corporate ladder - until he's knocked off course by a chance run-in with Emma.

Everything is different between Cole and Emma now. He finally sees her in a way she only dreamed of, and their hot chemistry is fueled by a growing friendship. But Emma's deception of her sister - who wants Cole for herself - and the secret Cole's been keeping for more than a decade threaten to tear apart what's only just begun. Because sometimes the only thing standing in the way of now is then.

Loved Now and Then

I read this book a while back and loved it. Listening to it was even more amazing. Cole and Em bump into each other literally in a coffee shop after not having seen each other for years. Cole was Em's secrete crush growing up. He never seemed to pay too much attention to her back then. He was more interested in her older sister Layla. But once he recognized her and noticed how grown up and beautiful she'd become he did noticed her this time. Perusing her he finally convinced Em to go out with him and they fell for each other fast. Knowing Layla was still interested Cole herself Em thought it better to keep their relationship secrete for now. But we all know secrets don't stay secret for long. Having found happiness things start to fall apart when unspoken secrets from the past and their discovery by Layla threaten to come between them. This book has it all from romance, sex, seduction, laughter and heartbreak. Loved it. A 5 star read and listen for sure

There are so many chapters of repetitive unnecessary sister drama. I usually like Brenda Rothert stuff, but this was hard to get through.

Not a bad story, just didn't wow me.

I usually like second chance but I found myself not truly invested or engaged with the characters. To be honest, I can't recall their names even though I can recap the story. I think what I liked about this one was the fact that they knew each other from way back when, but didn't feel their chemistry as much as other readers have. It wasn't a bad story at all, it just didn't capture my interest. I'd totally try another book from her though. Her writing is solid and I'm anxious to try another book with perhaps a different trope.

I loved the way the two characters fell in love, and how the mean sister found out about their love for each other. This was a great read with great narration.

I really enjoyed this book, but do think that there are some shortfalls. I didn’t love the narration - seemed stilted and a bit cold. And there were a few parts in the story that made me roll my eyes....but overall glad I listened to it.

Would you listen to Now and Then again? Why?

Loved this book. Frustraring at time with the way Emma was making decisions but Cole is an awesome book boyfriend

This book was enjoyable. I didn't get bored, they gave enough detail on the important plot points but didn't go into too much detail.

Narration was great story itself dragged in areas and tended to get bored with it. Fine over all. Entertaining. I

A Definite Have for your Audiobook Collection

Having never read this story previously, I wanted to listen to this audiobook. I enjoyed how when the point of views changed, so did the narrators. The story flows beautifully, and the way she goes back and forth in both points of view really stands out with me. I'm not much of a fan of audiobooks, but listening to this while I was driving definitely helped lower my stress level in traffic, and I even laughed during some of the funniest scenes in the story. In my opinion, if you're a fan of romance novels, give this audiobook a try, because I don't believe that you'll be disappointed.

I would absolutely recommend this audiobook to a friend. Brenda Rothert writes engaging stories, with equal amounts humor, sweetness, and sexiness. Anyone that appreciates a good romance would enjoy this audiobook.

What was one of the most memorable moments of Now and Then?

When Emmaline and Layla finally have it out over Cole on Christmas Eve. Their poor parents!

I had several, but the above scene, the one when Cole tells his parents about him and Em, and the one when he finally tells Em about his sister are all favorites.

I would have loved to listen to it all in one sitting, but, alas, could not.

Kirsten Leigh and Chris Ruen are both excellent narrators. I've heard them before when listening to another book by Brenda Rothert, and really think they bring something special to the experience.