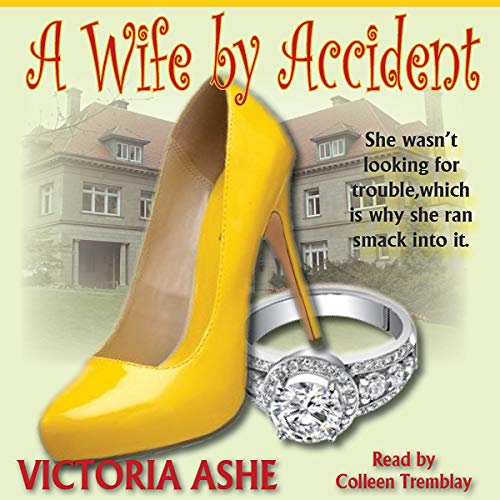 A Wife by Accident

A Wife by Accident

By: Victoria Ashe
Narrated by: Colleen Tremblay
Free with a 30-day trial

She wasn't looking for trouble, which is why she ran smack into it.

Hayely Black has cut herself off from her wealthy parents, determined to make it on her own. Then, one misstep leads her into more than one kind of crunch. Stuck in a dead-end job and now indebted to Nevada's most eligible bachelor, Hayely agrees to an arrangement she never would have considered before.

Gary Tarleton, self-made bazillionnaire, has lived with the secrets of his past all his adult life, and within those secrets is a childhood dream all the money in the world can't fulfill. As he looks at charming Hayely, he sees the answer to a prayer - and the possibility of the kind of family he thought he'd never have.

What listeners say about A Wife by Accident

Proof that the narrator can make or break the story!

I bought this book in Kindle form years ago and absolutely loved it. So much so that it’s my go to when I want something to fill some time. So when I found it in audio, I was excited. And then I listened ... The narration was not good - rushed and monotone. Ruined a good book!

Why ruin a potential story with bad narration? I don’t understand. It was all so rushed!!!!!! There was great potential here, but the story was hurried along and the READER raced along. Worth a credit? Nope!