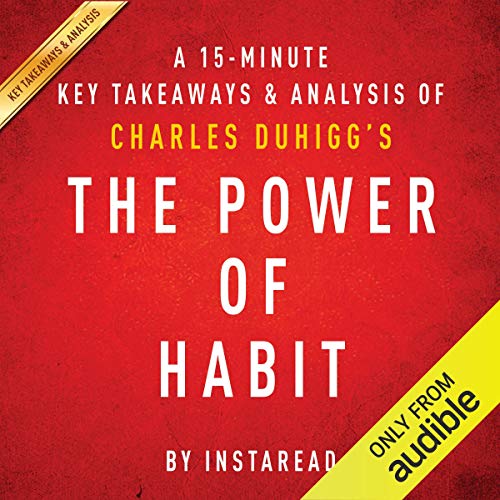 A 15-Minute Key Takeaways & Analysis of Charles Duhigg's The Power of Habit: Why We Do What We Do in Life and Business

The Power of Habit by Charles Duhigg is a thorough examination of several case studies about how habit formation and habit change impact daily life. It details the experiences of individuals, corporations, and organizations to illustrate how habits are made and why, how they can be changed, how habits of all kinds are used in businesses to attract customers or manage employees, and the devastating results of a poorly managed habit.

Several studies of individuals with unusual habits or habit changes explain the neurological mechanisms that form habits in the brain. The habit, stored in the basal ganglia for neural efficiency, is the result of a loop comprised of three parts. These parts are cues that trigger the habit loop, a routine to execute, and feedback, or a reward that tells the brain to remember the habit for the future. Habits can be changed by retaining the cue and reward.

What listeners say about A 15-Minute Key Takeaways & Analysis of Charles Duhigg's The Power of Habit: Why We Do What We Do in Life and Business