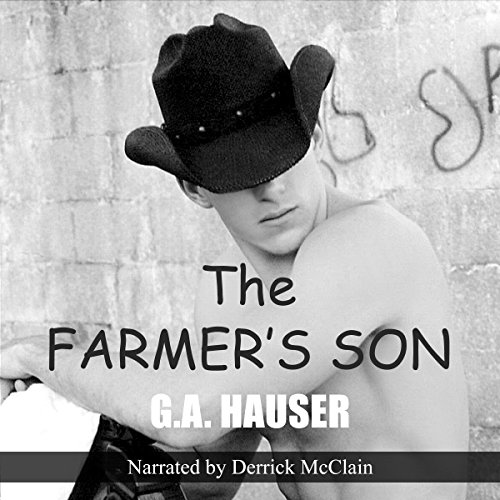 All Wade Reed wanted to do was make it to his brother Cole's parole hearing at Corcoran State Prison. But the 40-year-old environmental planner from LA never made it. With a bad navigation system and the infamous Tule fog, Wade ended up on a road to nowhere, his BMW stuck in the mud. His gas tank running low, no phone reception, Wade couldn't think of a worse scenario...until headlights appeared through the gloom.

Twenty-two-year-old Ayden Solomon worked with his three brothers and father on the almond orchard in the Great Central Valley. Ayden, being the youngest and prettiest, was constantly the source of amusement for his brothers' teasing and put up with it, but grew weary of the bullying. At night, when he was alone in his room, Ayden drew superhero comics, a dynamic duo who he imagined would save the world from bullies...bullies who attacked men like him. Gay men.

After unsuccessfully trying to pull Wade's car out of the ditch, and getting himself stuck as well, the two strangers spend the night in Ayden's truck, keeping warm, talking, bonding, and sharing things with each other; personal things. Ayden and Wade, although they had nothing in common, got to know each other on a very deep level in the eight hours they were sitting in the dense fog, alone and completely isolated. What had begun as a frustrating trip for Wade, had turned into a gay erotic fantasy with a young stud. But neither man could imagine what would come next...when the city slicker met the farmer's son.

What listeners say about The Farmer's Son

This book has a great story, realistic characters and situations. The narrator does a fantastic job. There's more than enough steamy sex to ignite anyone's fire. I hope to see more from this author in the future.

Great Narration for the cheesy but loveable story

Would you consider the audio edition of The Farmer's Son to be better than the print version?

Yes, the narration really enhances the story and brings it to life in a way it did not come to life with words alone.

Would you be willing to try another book from G. A. Hauser? Why or why not?

Sure, if i liked the story description enough, i would buy another

The scene in the truck where they first admit to having feelings for one another and then do something about it that takes them both by surprise.

I could have if i had the time to listen to it all at once, but i don;t usually have the time to do that.

It was very personable and heartwarming, not to mention sexy! I'll listen to it again.

Such a fun story

I really really loved this book. Great narration added to my enjoyment. I finished it feeling totally fulfilled and the Comic Con ending was perfect. Boo was just precious in every way.

Over the top in parts, this audiobook hit the spot. I loved it. Sugary sweet and hawt. Uncomplicated plot. Nice!

I positively love this audio book.
Miss Hauser has a winner here
the story comes alive with the narrator's voice
If you like audio books you will love this m/m story.
highly recommended to you.

I felt sorry for the narrator!

The writing for this story was, sad to say, terrible. Clunky, poorly constructed sentences and sex scenes that sounded like the were written by a fourteen year old- for example, there was talk of 'chewing his way down....' eh...nope!
The couple spent one night stuck in a truck and were 'in love' by morning and moved in together by lunchtime. The story was ridiculous. I felt sorry for Derrick McClain having to narrate such poor material.