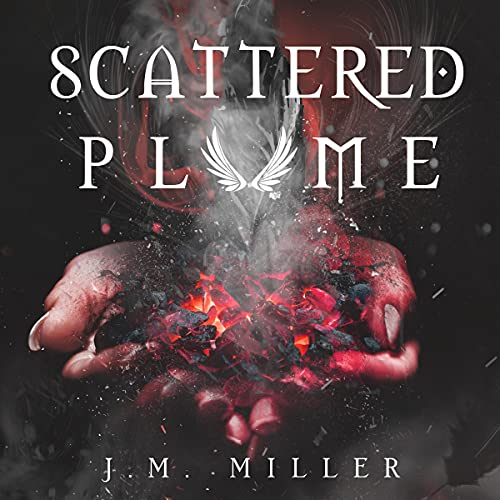 In the wake of death and betrayal, Vala flees the island of Garlin with Xavyn in search of the truth about her identity.

To find the answers they seek, they must first cross The Divide - a mass of cloud and fog that has separated human lands from the rest of the world for hundreds of years. As they pass through what is meant to kill all who draw near, a surge of magic emerges, bringing death to some and more power to others. In turn, The Divide is weakened, the fog dissolving enough to reveal what lies beyond, reigniting thoughts of war between sides.

But the imminent collapse of The Divide isn’t the only thing concerning Vala and Xavyn. They discover what Vala needs the most is also what the Islain queen had been searching for - a feather. Not only could it help prevent war, it could restore Vala’s immortality despite all she has forgotten. Though there are others also searching, waiting for magic to return, prepared to risk it all for the same immortal goal.

What listeners say about Scattered Plume

I loved FALLEN FLAME, but I loved SCATTERED PLUME even more! Valla has agency, there’s a lot going on, the mystery begins to be solved, and there are dragons. The fight scene is fantastic and I love the groupings of beings working together for the greater good.

Scattered Plume (Fallen Flame, Book 2) is a really good follow up to Fallien Flame. My favourite thing in this audiobook is the fantastic world and the deep history of this world. Dragons, Fae of all kind, Volares and a tree with special abilities are all part of this unique world. Vala is a great character and her growth is seen throughout the book. I'm looking forward to listening to book three when available.

Amelia Hugh narration is excellent. Her inflection altered when needed. I was transported into the world watching from the sidelines. I thoroughly enjoyed listening to her performance.

In the wake of death and betrayal, she flees the island of Garlin with him in search of the truth about her identity...

And now this is a sequel - what a brilliant follow up to book 1! I have no idea how to express my love for our heroine - it is truly amazing seeing and feeling our heroine grow into a strong and brave woman.

I am highly excited for book 3. Cannot wait to listen to it.

I really enjoyed listening to the second book in this series! My favorite part was seeing Vala kind of come into her skin and own her new acceptance of her strength. She always was a strong woman, but we see her really grow throughout this book. I also thought there were many moments which the wording was just so beautiful and thought provoking. I loved the deep history of this world with it’s wars and people also.