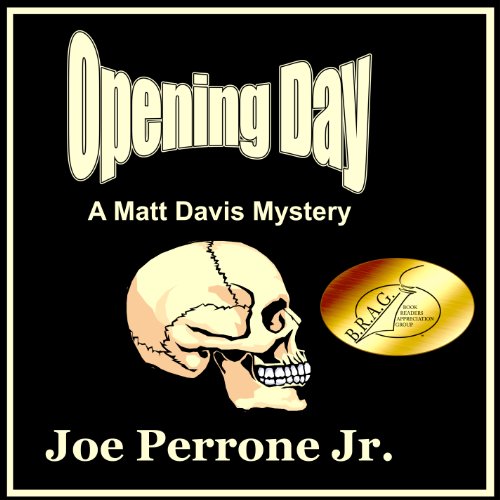 Young girls are coming through a pastoral upstate New York fishing village - but, they aren't all coming out alive!

Following a close brush with death as an NYPD homicide detective, Matt Davis has taken early retirement, and accepted a position as Chief of Police in a small, rural upstate New York village. While out fishing on his favorite stream, he stumbles across the remains of a body, barely recognizable as human, killed approximately six months earlier. With no physical evidence, no identification, and no clues, it's up to Matt to not only find the murderer, but to discover the identity of the victim. The big question, however, is: Are there others?

Opening Day is the second in the Matt Davis Mystery Series and picks up where As the Twig is Bent left off.

What listeners say about Opening Day

My first Matt Davis, now I have to read the rest.

If you could sum up Opening Day in three words, what would they be?

The way the characters were presented, each had a very personal quality

There were many that kept me wondering and eager to get to the next piece of information. It was an intriguing puzzle.

Anxious to read another by Joe Perrone Jr.

What made the experience of listening to Opening Day the most enjoyable?

The opening sequence sets the tone! Retired NYPD Matt Davis hoping to settle in to a nice, second law enforcement career as Chief of the Roscoe, NY police department, stumbles upon a gruesome crime scene at his favorite fishing spot.

The plot develops quickly, once again through the use of flashback, into a "what the heck is going on here" story with several good suspects who may be involved in a crime(s) that are a parents worst nightmare.

I enjoy both Matt and Val Davis equally. There was only a passing mention of some characters in The Twig is Bent, Davis's co-workers with the NYPD.

Which character – as performed by Scott R. Pollak – was your favorite?

I enjoyed Mr. Pollak's performance of all of the characters in Opening Day.

No extreme reaction...just had to keep reading (listening) until the story all comes together.