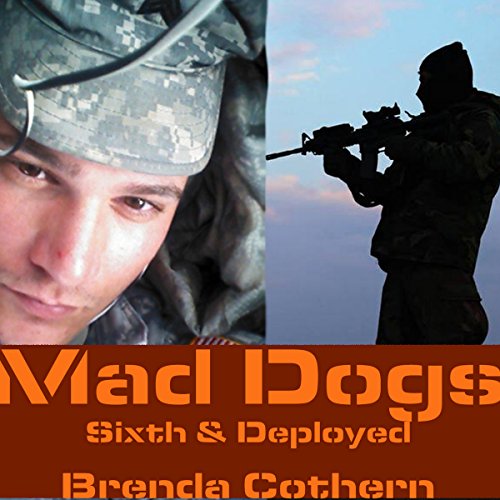 Brian Hay's only dream in life was to be part of America's elite, yet unacknowledged, Delta Force. After years of training to be the best the 75th Ranger Regiment had ever produced, his dream was finally coming true. But what starts out as what he thinks is a Delta hazing op soon turns into much more when Brian not only becomes a Delta Force soldier but a Mad Dog.

Four geological scientists go missing in the Swiss Alp's when they apparently wander into Arimaspi territory. It is up to the Mad Dogs to retrieve them because the whole situation stinks of the Organization.

However, it's not Organization operatives the Mad Dogs encounter, but instead the Watcher who is obsessed with the unit, especially its newest member.

Author note: This book contains M/M adult sexual situations and is intended for listeners of legal age in the country in which they reside. Please store your adult literature responsibly.

What listeners say about Mad Dogs 1 & 2

Did I miss something when I read the book jacket? Nowhere that I saw does it say story is about shifters or dogs or whatever. Sorry but not my cup of tea. When I saw the title of the book was Mad Dogs, I didn't know it meant DOGS literally.

Hopefully I'll make it all the way through but just starting and already the "section breaking" but military brass is ruining what would be a good listen; particularly as some of the sections are rather short. It is almost impossible to slip into listening mode when you get a trumpet blast every 3-5 minutes. (9 minutes in and 3 trumpet breaks already)

The story premise is good and the characters are likeable. The narration was good though not to my taste.

Took a while to workout what was going on. Very unusual story that's for sure. Not sure how I feel about it yet !!