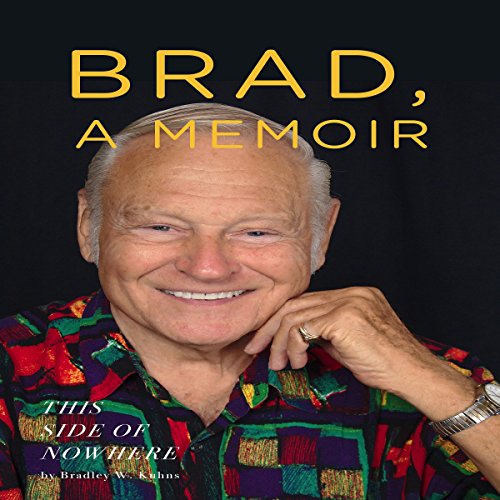 By: Bradley W. Kuhns
Narrated by: Lee Alan
Free with a 30-day trial

Brad Kuhns is a former Las Vegas performer known for his acclaimed performances and musical talents. In addition to a successful Vegas career, Brad also had an exciting career in law enforcement with the LAPD, and later opened a private practice in marriage and family counseling.

Brad, a Memoir, first chronicles Brad's incredible career in the entertainment world as he quickly shot to fame. Between performances, he was rubbing shoulders and becoming friends with the likes of America's biggest stars: Elvis, Frank Sinatra and the Rat Pack, Nat King Cole and daughter Natalie, Frankie Laine, Lucille Ball, Dinah Shore, and many other celebrities. Brad's music group, the Encores, their electrifying stage presence, and his talents as a studio musician made him a Las Vegas staple.

His second career in law enforcement allowed him to work alongside the elite ranks of the Los Angeles Police Department (LAPD), Scientific Investigation Division. He utilized his acquired skills of investigation, interrogation, polygraph (lie detection), and forensic hypnosis to assist not only the LAPD, but other federal agencies as well, to solve some of the most heinous crimes perpetrated in America. He eventually turned whistleblower to clean up areas within the LAPD.

By Brad's third career change, he had earned two professional doctorate degrees, one in clinical psychology and the second as a licensed doctor of Oriental Medicine. He maintained a private marriage and family therapy practice while continuing to use his unique skills as a consultant in assisting federal agencies in resolving crimes nationwide.

Fascinating, touching, and bravely honest, Brad, a Memoir, chronicles Brad's remarkable life journey. In this memoir, Brad reflects on his personal life, successes, and pitfalls, and takes you on an incredibly adventurous and fascinating ride like none you've ever heard before.

What listeners say about Brad, a Memoir