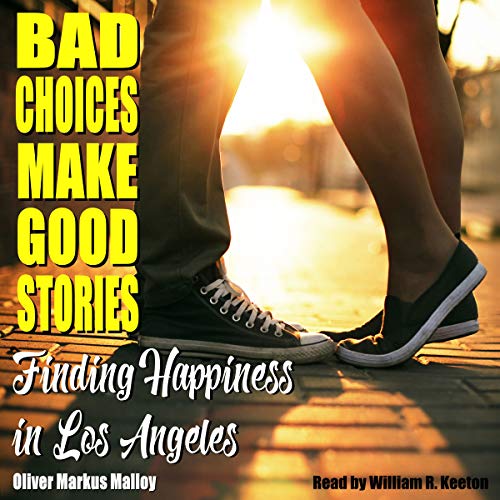 The strange true story of a writer who falls in love with one of his readers and meets his future wife on Goodreads.

You're a little late to the party. Where the hell have you been? This is already the third and final part of the trilogy, and you're only joining us now? Tsk tsk tsk.

Let me get you up to speed on what you've missed so far:

In book one, Going to New York, you missed the utterly fascinating, nay spellbinding, saga of me growing up in Germany and later emigrating to New York. I was a brooding, troubled teenage hacker. Wow! Good stuff! It's almost like my life was the perfect kind of crazy to make a really awesome book!

Anyway, being a teenage hacker came in handy later in life. I went from rags to riches thanks to my keen understanding of technology and how to use the web to my advantage.

In New York, I was married to Donna, a girl I had met online. She was an agoraphobic, prone to temper tantrums. And fun was had by all, which led to a divorce 16 years later. That's where the story gets really interesting.

I began dating. It didn't go well. I was no good at it. OK, truth be told, I was really bad at it. Apparently I had terrible taste in women. A heroin-addicted hooker named Alice broke my heart and robbed me of my will to live. Doesn't sound very fun, does it? But it's a fun read, I promise. Dark, but fun. Mesmerizing even!

Brokenhearted, I moved from New York to Florida. That's where the first book ends.

The second book you missed (I'm not mad at you. I'm just disappointed.) is called The Heroin Scene in Fort Myers, which is a very fitting title, believe you me.

Sometimes I'm a slow learner, so I dated my way through the heroin scene in Florida, and I couldn't figure out for years why I wasn't finding any wife material. But oh how I tried. And tried. In all the wrong places. Pretty sad. I'm not proud of it.

After years of sad pathetic sex with heroin addicts, I was a wreck. My younger self wouldn't have even recognized me. Lucy and Veronica had turned me into a broken, humiliated shell of a man. My heart had been ripped out of my chest, so many times, it was a miracle I hadn't killed myself yet. (Seriously, it's a fun read. I promise!)

At the end of the book, I had it up to here with heroin addicts. I told myself never again would I let myself be sucked in by the sweet lies of manipulative, fake love. The name of the final chapter was "NO MO HO". No more whores. I needed to change my life before my life was going to kill me.

I hopped on a plane, back to my native Germany, to lick my wounds and heal before returning to America. That's where the second book ended.

And now, for our third and final act...