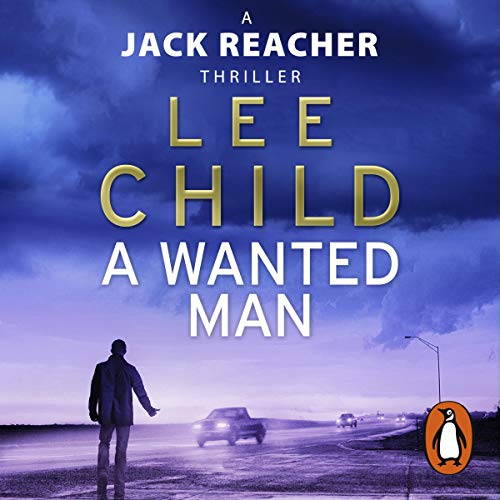 By: Lee Child
Narrated by: Kerry Shale
Free with a 30-day trial

When you're as big and rough as Jack Reacher - and you have a badly-set, freshly-busted nose, patched with silver duct tape - it isn't easy to hitch a ride. But Reacher has some unfinished business in Virginia, so he doesn't quit. And at last, he's picked up by three strangers - two men and a woman.

But within minutes it becomes clear they're all lying about everything - and then they run into a police roadblock on the highway. There has been an incident, and the cops are looking for the bad guys ...Will they get through because the three are innocent? Or because the three are now four? Is Reacher just a decoy? With his signature Swiss-watch plotting and heart-thumping suspense, A Wanted Man shows Lee Child at his sublimely skilful best.

What listeners say about A Wanted Man

Good narration helps but it's not quite there.

I'm a big fan of the Reacher books and have read most of them and the majority of those get pretty high ratings from me. This is one of the exceptions though. It's not that it's a bad thriller, it kept me entertained but it never hit the heights of some of the classic Reacher stories. Kerry Shale is a strong and fitting narrator but somehow this still didn't couldn't raise it enough to grab me personally like many of the others.

I'd say for Reacher completists it obviously remains a must of course and for general thriller fans it's a reasonable enough choice without being outstanding. However, if you're looking for your first taste of Jack Reacher (what have you been doing with your life? :-) ) then this isn't the best start. Try something like "One Shot" and try very hard not to think of Tom Cruise! That's the film version, the literary version is a very different animal.

Brilliant storyline and just the right length to listen to. Good all round book with bits of everything in