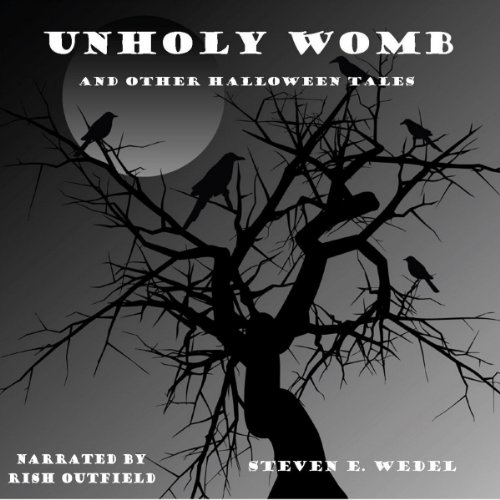 By: Steven E. Wedel
Narrated by: Rish Outfield
Try for $0.00

In this collection, Steven E. Wedel offers his most popular short story, "Unholy Womb", and four more tales of Halloween horror, including "Scream of Humanity," a never-before-published story. Also included here is "The Halloween Feast", "SKN-3", and "Hungry is the Night".

"Unholy Womb" is the story of a young boy who finds more than he expects when he goes to carve his Halloween jack-o-lantern. In "The Halloween Feast" a man gets the opportunity to be reunited with his dead wife and daughter. Revenge is the theme in "SKN-3", a story about an angry doctor out for a trophy. "Hungry is the Night" tells the tale of what happens when an ancient evil seeps out of an old well and engulfs a small town. In "Scream of Humanity" a pioneer doctor learns there may be something to those old wives' tales about childbirth.

What listeners say about Unholy Womb and Other Halloween Tales