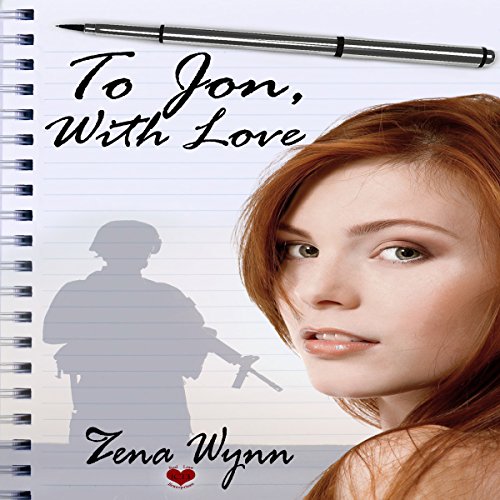 To Jon, with Love

By: Zena Wynn
Narrated by: Hilarie Mukavitz
Try for $0.00

How does a young wife save her marriage when her husband’s half a world away?

When Evie signed on to be Mrs. Lieutenant Jonathan McCoy, she knew his military career and imminent deployment came with the package. Then Jon left, the months passed, and Evie discovered being a soldier’s wife is a lot more difficult than she’d believed. She and her husband communicate, but nothing much is being said. Unwilling to burden her husband with her fears for their marriage, and with no one else she can talk to, Evie’s at her wits end.

Then her mother forcefully suggests Evie attend one of the military wives’ support meetings. Reluctantly, Evie goes, and the advice they give her shocks Evie with its simplicity - write Jon a letter. Can a handwritten letter really save her marriage? And if it works, will she be able to hold it together until her soldier comes home?

What listeners say about To Jon, with Love

Not a believable narration

While I liked the story I didn't particularly like this narration. maybe it was the voice, just not a believable listen. This may have been better if it had been a duel narration. I voluntarily reviewed this audiobook for a honest review.