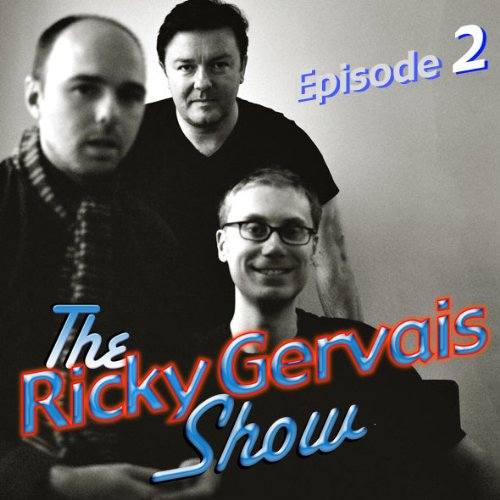 THE RICKY GERVAIS SHOW: SEASON 2 IS NOW AT AUDIBLE.

In this episode:
Karl Pilkington: the talk of tinsel-town; There's no news like no news; Karl's illustrated book of ages; Tall and pale and naked and waving; Karl's diary: Auntie Nora, cat criticism, unappealing ultrasound scans, the passing fad that is hummous, mind/brain confusion, and the elderly lady with the bent neck; and "Rockbusters".

Ricky Gervais, of course, is the award-winning co-creator and star of The Office (upon which the current NBC hit series is based) and HBO's Extras. Steve Merchant, who also stars in Extras, is his long-time creative partner. Karl is Karl.