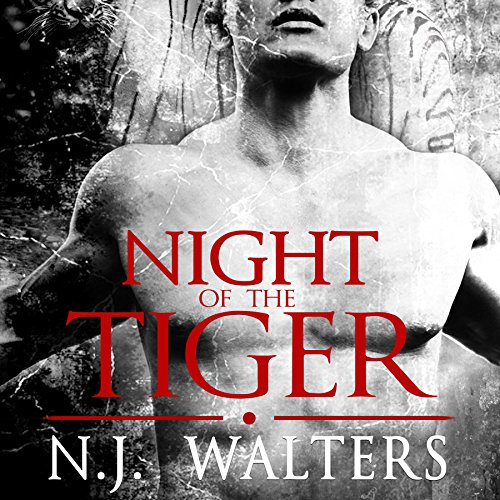 Night of the Tiger

To win the battle for his soul, he may have to sacrifice the woman who set him free.

Hades' Carnival, Book 1: Aimee Horner lives and breathes her career as a graphic novel illustrator, but she never expected it would invade her dreams. In recent months, worsening nightmares have pulled her into the darkest corners of Hell. On a rare night out with friends at a traveling carnival, she finds herself strangely drawn to an abandoned carousel adorned with vividly exotic animals. One steed, a massive white tiger, is a temptation she can't resist. The moment she climbs upon him, her world changes forever.

More than 5000 years ago, Roric and his fellow shapeshifting warriors were imprisoned in their animal forms, a last-ditch effort by the goddess they served to save them from the horrors of Hell. With one special woman's touch, he has a chance at freedom and redemption - but the clock is ticking. If he is still alive in 24 hours, the spell will be broken, and Hell will have no claim on his soul. The only hitch is his blazing attraction to Aimee. If only he could trust that she isn't merely a distraction sent by Hades - luscious bait to lure him from his mission.

Warning: This audiobook contains an ancient curse, an imprisoned goddess, a graphic artist, and the hot shapeshifting immortal warrior who turns her life upside down while they battle Hades and his minions for their immortal souls. There is also plenty of hot sex between the heroine and her hot, shapeshifting warrior. Just saying.

What listeners say about Night of the Tiger

This Heroine Is A Bad Ass In The Making.

The basis of this book was fascinating, but it did not live up to it’s full potential. Initially, I was not impressed with the squeamishness of the heroine, and her view of herself (she has scars). In addition, I was turned off by the Heroine’s name. I really saw her more as a “Claire” rather than an “Amy”.

Amy’s is bit of a recluse and illustrator for graphic. She has a vivid imagination which has helped her novels. Yet, Amy has been plagued with nightmares of being in hell. She thinks this is partially because of her father and mother dying in a car crash. It is not clear why she had the nightmares, but she also dreams of a white tiger. Those dreams (white tiger) are pleasant.

She has only one friend, who convinces her that they should visit a traveling carnival. Yet, the minute they get there, her friend acts weirdly. I really dislike passive heroines. Amy seems to accept everything that happens to her—because she is “ugly”.Amy is lost for hours and loses track of time. When she wanders into a tent with a carousel of exotic animal statues she climbs on the tiger. (SMH).

The carousel spins and Amy holds on for her life. She wakes the next morning in bed with the man of her dreams (Roric) and has sex with him, thinking this is a dream (I’m still SMH). When her “friend” (whose really a demon working for Hades) insults her, she takes it. I was ready to throw in the towel and say—no more.

But then demons come on the scene and attack her and Roric! Amy takes a splitting maul and decapitates a demon. She really starts standing up for herself. In fact, she makes some decisions that I would have been quivering over. Because she illustrates graphic novels, she has gone to Comic Cons! Who, I ask, can go to a Comic Con and not sword fight????!!!! So there! In addition to a splitting maul, our heroine ends up with a sword. She totally kicks ass. Roric is no snowflake himself. This is when I got serious about the book and looked for more by the author.

Yet, I kept rolling my eyes at the use of sexual words like— “his member” and “her tight channel”. It’s a P*&&!. His shaft is a C*@#. These are beautiful words and very appropriate for erotica. USE THEM N.J. Walters!!!

Despite wanting more graphic sex scenes, I did like this book and hope to hear another book from this author. It is a promising beginning to a series. I would like to see where a few more of these go.

I loved this story. It was well written and I loved the characters and the plot. The narrator was great. I hope the rest of the series will be made into audiobooks!

I absolutely love great sex in my books ...it is actually something I really look for, with that being said.... my gosh I spent more time eyerolling than the book was worth...

I gave up because I was literally getting annoyed..lol

The whole Oh we are gonna die, well now I'm wet and want to have sex right now is just ridiculous to me...sigh