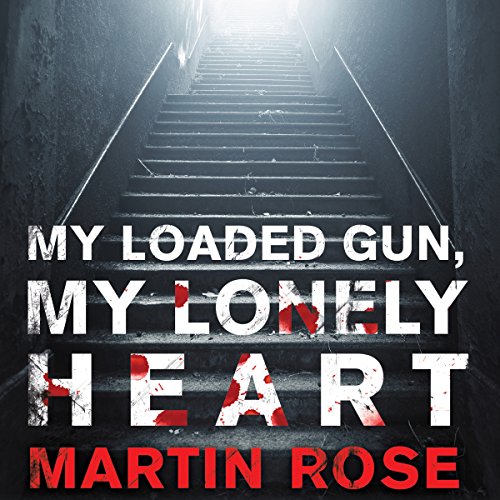 My Loaded Gun, My Lonely Heart

By: Martin Rose
Narrated by: Christian Rummel
Try for $0.00

Vitus Adamson has a second chance at life now that he's no longer a zombie. But after killing his brother, Jamie, Vitus lands in prison on murder charges. Jamie's death exposes secret government projects so deep in the black they cannot be seen - without Vitus, that is.

Sprung from jail, the government hires Vitus to clean up Jamie's messes, but tracking down his brother's homemade monsters gone rogue is easier said than done. The first of them is a convicted killer assumed to be safely behind bars. However, it appears he is still committing murder through his victim's dreams. High on Atroxipine - the drug that once kept him functioning among the living - and lapsing into addiction, Vitus' grip on reality takes a nasty turn when his own dreams begin slipping sideways.

Vitus' problems multiply as he deals with his failed friendship with wheelchair-bound officer Geoff Lafferty; his wrecked romance with the town mortician, Niko; government agents working for his father; sinister figures lurking in the shadows; and, least of all, the complications of learning how to be human again.

Secret agents, conspiracy theories, broken hearts and lonely souls, the siren song of prescription drugs...in My Loaded Gun, My Lonely Heart, listeners are invited to discover life after undeath, where there are no happy endings.

What listeners say about My Loaded Gun, My Lonely Heart

Drones on and on

The first book was pretty good and intriguing. This one seems like the author had to meet a certain word count for his professor and used an exuberant amount of words to complete the most basic of sentences. Honestly got tired of listening to it.