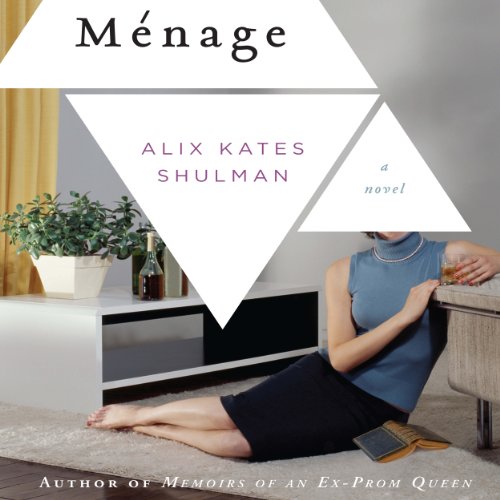 By: Alix Kates Shulman
Narrated by: John McLain
Free with a 30-day trial

Heather and Mack McKay seem to have it all: wealth, a dream house in the suburbs, and two adorable children along with the nannies to raise them. But their marriage has lost its savor: She is a frustrated writer and he longs for a cultural trophy to hang on his belt.

During a chance encounter in LA, Mack invites exiled writer Zoltan Barbu - once lionized as a political hero, now becoming a has-been - to live with him and his wife in their luxurious home. The plan should provide Heather with literary companionship, Mack with cultural cachet, and Zoltan himself with a pastoral environment in which to overcome his writer’s block and produce a masterpiece.

Of course, as happens with triangles, complications arise - some hilarious, some sad - as the three players pursue a game that leads to shifting alliances and sexual misadventures. Shulman pokes fun at our modern malaise (why is having it all never enough?), even as she traces the ever-changing dynamics within a marriage. Ménage is a bravura performance from one of America’s most renowned feminist writers.

What listeners say about Ménage