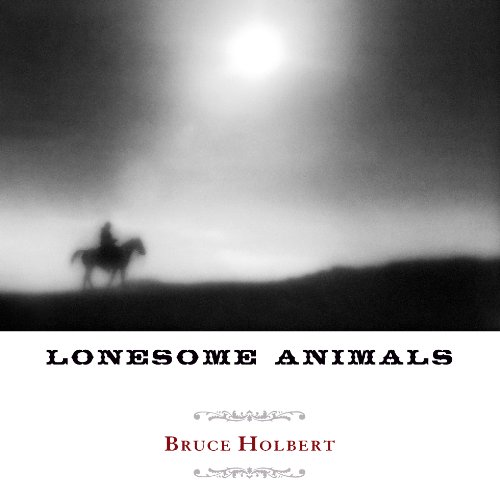 In Lonesome Animals, Russell Strawl, a tormented former lawman, is called out of retirement to hunt a serial killer with a sense of the macabre who has been leaving elaborately carved bodies of Native Americans across three counties. As the pursuit ensues, Strawl’s own dark and violent history weaves itself into the hunt, shedding light on the remains of his broken family: one wife taken by the river, one by his own hand; an adopted Native American son who fancies himself a Catholic prophet; and a daughter, whose temerity and stoicism contrast against the romantic notions of how the west was won.

In the vein of True Grit and Blood Meridian, Lonesome Animals is a Western novel reinvented, a detective story inverted for the West. It contemplates the nature of story and heroism in the face of a collapsing ethos not only of Native American culture, but also of the first wave of white men who, through the battle against the geography and its indigenous people, guaranteed their own destruction. But it is also about one man’s urgent, elegiac search for justice amidst the craven acts committed on the edges of civilization.

What listeners say about Lonesome Animals

I could not listen to more than 30 minutes of this before I had to turn it off. The author narrated, and unfortunately sounds bored with his own work. The performance is absolutely dreadful. He must be a smoker because I could even hear his raspy breathing between sentences. This makes me really appreciate the professionals whose great narrative skill bring a story to life. Sadly, this was a waste of a good credit.

One Last Case, Way Out West

Lonesome Animals reminds me of True Grit, but told from the perspective of the bounty hunter. Like Charles Portis's classic, it's plenty funny, quite serious, and sometimes brutal.

This book is all about the hunter “coming out of retirement” for one last case. In this instance, to stop a serial killer targeting Native Americans. A Western crime mystery with tough villains, oddball characters and an even odder hero.

I love our hero's tactics for catching criminals—when he’s “waiting out” someone and grows impatient, he throws live grenades, starts a fire, or rolls boulders in their direction. A loved one dies when she’s too slow to pepper his sausage— And that’s just the prologue!

Narrated with complete aplomb, by the author. What a magnificent reader.