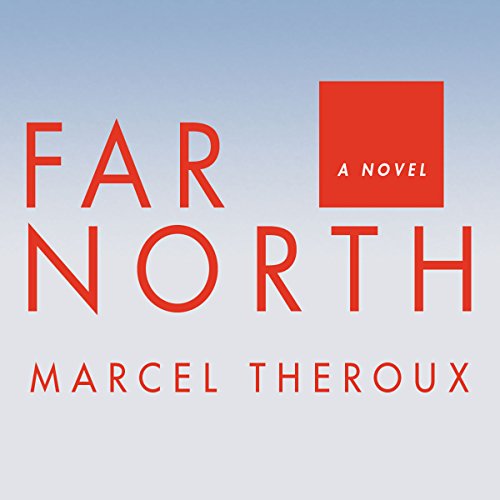 By: Marcel Theroux
Narrated by: Yelena Schmulenson
Try for $0.00

My father had an expression for a thing that turned out bad. He'd say it had gone west. But going west always sounded pretty good to me. After all, westwards is the path of the sun. And through as much history as I know of, people have moved west to settle and find freedom. But our world had gone north, truly gone north, and just how far north I was beginning to learn.

Out on the frontier of a failed state, Makepeace - sheriff and perhaps last citizen - patrols a city's ruins, salvaging books but keeping the guns in good repair. Into this cold land comes shocking evidence that life might be flourishing elsewhere: a refugee emerges from the vast emptiness of forest, whose existence inspires Makepeace to reconnect with human society and take to the road, armed with rough humor and an unlikely ration of optimism. What Makepeace finds is a world unraveling: stockaded villages enforcing an uncertain justice and hidden work camps laboring to harness the little-understood technologies of a vanished civilization. But Makepeace's journey - rife with danger - also leads to an unexpected redemption.

Far North takes the reader on a quest through an unforgettable arctic landscape, from humanity's origins to its possible end. Haunting, spare, yet stubbornly hopeful, the novel is suffused with an ecstatic awareness of the world's fragility and beauty, and its ability to recover from our worst trespasses.

What listeners say about Far North

The story is gripping, full of suspense, beautifully written (and narrated) and makes you think. Reminded me of The Road. One of the best books I've downloaded.

Far North has a strong female protagonist who is never overshadowed by any male characters or caught up in romantic subplots. The strength of this novel is the first-person narrator, Makepeace. She's tough, practical, and capable of being violent when she has to be, but never without purpose or remorse. She has a very straightforward way of telling her story -- she doesn't seem to dwell on things or spend too much time doubting herself or bemoaning her often tragic circumstances. But the author (through her) still describes her environment in all its vast, frozen majesty, and also describes the way society fell apart, the way decent people act very badly, and, gradually, things that happened before Makepeace was left alone, before everyone she knew died, which come back to haunt her years later. It's a stark but textured novel. None of the characters are saints, and they're mostly sinners, but no one is purely evil. Makepeace makes a lot of decisions, some good and some bad, and then lives with them.

This story of a lone survivor in an empty land follows the trend of many recent post-apocalyptic novels, in that the exact nature of the apocalypse and how civilization fell isn't specified, though there have obviously been climactic changes, and there are hints of a big collapse precipitated by shortages, wars, and other disasters.

The ending was neither happy nor sad. When civilization falls, you're not realistically going to see some bright new world rising out of the ashes any time soon. At best, you'll see a gleam of hope for future generations, and that's what you get here.

Yelena Schmulenson gives perfect voice to the hard-bitten but soft at times Makepeace. I liked her hint of an accent, which made me think Canadian, although I'm pretty sure it's not.

Perfect narration of a mesmerizing story

I spend a lot of time researching the titles offered by Audible before I commit to all those hours of listening. About one out of six turns out to be extraordinary and Far North is certainly in that class.

Both the author and the narrator are new to Audible, but they are so perfectly matched that I can't imagine one without the other. Schmulenson's matter-of-fact telling of the story hits the highs and lows of the main character's tale as if she actually lived it. Theroux paints a convincing landscape of frustrating bleakness that is foreboding, but never without hope.

This audiobook has that flawless amalgamation of story and voice that listeners hope for every time they hit the "Complete Purchase" button.

engaging and to the point

Found my self engaged and never lost in detail. It was to the point and a great listen, narrator's voice made the book an especially easy listen.

What a tremendously well done audiobook. The narration was spot on for the character. The story itself is beautifully written. This is one the more enjoyable reads I've come across in awhile.

First of all the reader was great! The book kept you wondering who/what/where & when. Little by little information would come out to answer those questions, but not entirely. I had to go back a couple of times to to re-listen a chapter to put together some information I might of missed (my attention span sometimes wonders!) then I can understand what's happening. There is a lot of "visual" narratives that puts you in the area, but not when in time, (as in past/present/future)but that could be just my inability to put 2+2. A very different listen/subject then I'm used to, but I highly recommend it.

A tale of life in Siberia after the apocalypse.

This book presents a different take on the apocalypse by following the life of Makepeace who lives in the frigid land known as the Far North. As you hear the tale of Makepeace's life you will slowly piece together the world around her and get a glimpse of what happened to destroy civilization as we know it.

The book jumps around as Makepeace describes both her own experiences as well as those of her parents who helped settle the Far North. The landscape is brutal and Makepeace's life within it is equally so. She wavers between being true to her fierce will to live and just accepting that humanity is doomed and giving up all hope. The book starts pretty slowly and it took me a while to really care about Makepeace, but Marcel Theroux did win me over and I became more engrossed as the book went on.

Sometimes key events in the story are passed by with little detail offered. Later on bits and pieces will be offered up so you can piece together what actually happened and why. This technique works well in certain parts of the book and just leaves you frustrated in others. In the end, it was this lack of detail about certain events, including the cause of the apocalypse, that prevented me from rating it higher.

Overall I would rate this book 3.5 stars if I was able to. It offers a unique version of the apocalypse and after a slow start it becomes more interesting. Yelena Schmulenson does an admirable job as narrator and seems to fit the content well enough.

one of my favorite post-apocalyptic books.

I've been a fan of post apocalyptic fiction for years. I consider this book to be in my top 10 favorite of all time.

In all the current post apocalyptic books this really stands out for me . It is not a comfortable read, with a comfortable ending, but I could not put it down. Although it does not pull any punches it is not as completely bleak as "The Road " was. It is a well thought out version of a possible future with philosophical depth on a number of issues without ever getting preachy or pompous. Written from a first person view , at that from an unconventional female, it leaves a lot to the imagination and gets one thinking long after the book has been read . I'll definitely will listen to it again.

One of my favorite books on audible

I have returned to this book to relisten several times over the years. It is poignant, bleak, yet full of hope. The narration by Yelena Schmulenson is moving and the perfect voice for the protagonist.