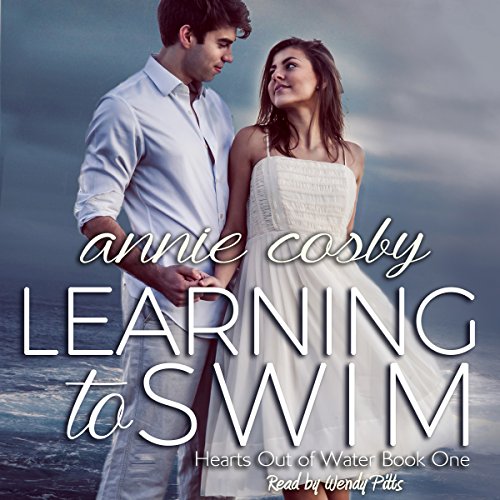 By: Annie Cosby
Narrated by: Wendy Pitts
Try for $0.00

When Cora's mother whisks the family away for the summer, Cora must decide between forging her future in the glimmering world of second homes where her parents belong, or getting lost in the bewitching world of the locals and the mystery surrounding a lonely old woman who claims to be a selkie creature - and who probably needs Cora more than anyone else.

Through the fantastical tales and anguished stories of the batty Mrs. O'Leary, as well as the company of a particularly gorgeous local boy called Ronan, Cora finds an escape from the reality of planning her life after high school. But will it come at the cost of alienating Cora's mother, who struggles with her own tragic memories?

As the summer wanes, it becomes apparent that Ronan just may hold the answer to Mrs. O'Leary's tragic past-and Cora's future.

What listeners say about Learning to Swim

It Happened One Summer!

Would you consider the audio edition of Learning to Swim to be better than the print version?

I loved this audio edition! I would have mis-pronounced many words had I read this in a book version.

What other book might you compare Learning to Swim to and why?

Nothing to compare it to.

I loved the way Wendy did all the voices. Mrs O'Leary & Cora's voices fit them to the T. The narrator did great on the teen voices!

It Happened One Summer...

Wow, What a great story! The plot had me guessing the whole time. The ending was great! I wouldn't have guessed that ending. What a surprise!

Would you listen to Learning to Swim again? Why?

Learning to Swim was very engaging. Both the intricate development of the story and characters kept me wanting more.

What was one of the most memorable moments of Learning to Swim?

I really loved the portrayal of Mrs. O'Leary and the use of myths and legends throughout the story. It really did create a marathon listen for me.

Have you listened to any of Wendy Pitts’s other performances before? How does this one compare?

Great switch between characters, first time I have listened to a performance by Wendy Pitts. Cannot wait for her next volume.

Great First book of YA Series

Annie Cosby's 1st book in her Hearts Out of Water series, Narrated by Wendy Pitts is published by Write For You a Publishing and in Audiobook form by the Author Ann Cosby.

This is a touching YA title about Cora an 18 year old girl on Summer Break before college. She wants to stay home with her friends who are all leaving for separate schools in the fall, and this will be their last summer together.

Cora's mother has different ideas taking Cora's Father and Cora to their newly purchased fixer upper summer home known as the Pink Palace. The name does not begin to describe the hideousness of this house.

Embarrassed and away from her friends Cora 'a Summer is ruined. I almost forgot her mother wants to set her up with another rich boy from the Big House's which Cora has no interest.

Cora does meet a nice old women Mrs. O'Leary who seems to be loosing her way with reality but does love to tell Cora long tales from the sea.

As local mysteries begin to come to Cora's attention she try's to put the pieces of others lives together while contemplating her own future.

Love is in the air, class discrimination between those who live in the Bug Housed and the Locals, along with Cora's families unmentionable secret bring this YA novel to a climax that will leave you the listener crying and smiling.

When's the next one

What made the experience of listening to Learning to Swim the most enjoyable?

The story was amazing.

The sneaking into the pool.

Wendy did an outstanding job with narrating this book. The voices she gives to eachcharacter..... Wow.