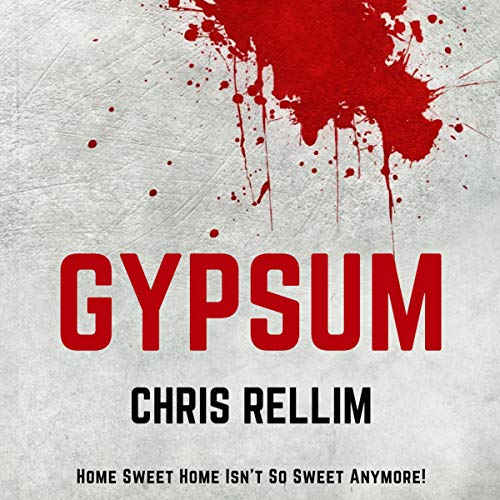 By: Chris Rellim
Narrated by: Conor Elrig
Try for $0.00

When Steven Dobrowski and his family move into their new home, strange things happen.

At first, the hauntings perpetuated by the angry spirit are innocuous, but soon turn malicious and dangerous. Keisha - Steven's wife - insists the family move for the sake of the family's safety, but Steven's obsession with the spirit overshadows his judgement, and he refuses to turn his back on the house he believes he and his family deserve.

As events unfold, eventually Steven is taunted by an entity that persuades him to perform evil acts on the ones closest to him. Not only are the Dobrowskis affected by an entity of the spiritual world, but also by someone of the physical world who is furious Steven moved into the community with his African-American wife and three mixed-race children. The family is victimized with threats and vandalism.

Who will win the fight between good and evil?

What listeners say about Gypsum

Ignore the Narrator and the story is pretty good

The narrator sounds like a bad actor trying to read a bad script. Some of the book sounds like a freshman teenager trying to sound like a badass horror novel author. Some of the discriptions are just worded oddly. Im actually wondering if this story was translated from a different language. If you can ignore the poor performance and listen to the story, you'll lose yourself in the book. For a bit. The monotonous tone the narrator takes confuses the listener sometimes. With the exception of the little girl in the story, almost all the characters has the same voice. This makes one confused half the time.
Its a slow SLOW burner. I though the story was near the climax when in reality I still had 8 hours and change left. I wasn't exactly disappointed, I was actually trying to figure out where this book is going to go.
I've been chasing the scare of "The Handyman" by Bently Little and "The Grip of It" by Jac Jemc for a while now. Ill even take "Hex" by Thomas Olde Heuvelt. Going by the book description "Gypsum" definitely fits the bill.
"Gypsum" isn't it. The only bill this book fits is Mr. Quacks'. There are times where things are supposed to be scary. However, its either the narrator, or the poor sentence structures that turns it almost comedic. Sometimes it even feels like Lemony Snicket is trying to write "Insidious" inspired story.
However, If you need to have a workdays length of time filled, try this one out. Listen to the story. Correct the bad sentences, giggle at "Dimple Butt", and get to the end of the "damson" mystery.