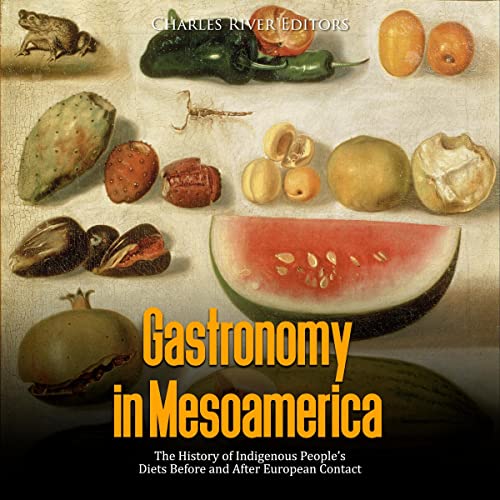 Mesoamerica is a cultural area including central and southern Mexico, Guatemala, Honduras, Belize, and El Salvador. In this area, Prehispanic societies developed over thousands of years before coming into contact with Spanish conquistadores in the early 16th century. Mesoamerican civilizations flourished, developing complex social, political, and economic systems-based, to a certain extent, on their knowledge of nature.

Indigenous groups settling in Mesoamerica had different languages, political and social organizations, traditions, and beliefs, but there were a series of traits that included the use and consumption of many food sources present throughout the entire territory. The domestication of important plants like maize, beans, squash, and chili peppers eventually led to full-scale agricultural societies supporting large populations through intensified food production and complex trade networks.

Anyone who delves deeply into Mexico's ancient history will be surprised to find that most food sources consumed by many Prehispanic people are still present in the everyday Mexican diet, as are many cooking techniques dating back to that time. Contemporary Mexican cuisine incorporates quite a lot from its ancient gastronomical ancestor, including the nutritional benefits of its main staples, and it is the result of a living mestizaje or mixture of old Indigenous culinary traditions with European ingredients. In that sense, what we currently call Mexican gastronomy is the fusion of Prehispanic and Spanish elements.

Prehispanic gastronomy included a wide variety of foodstuffs, materials, methods, and cooking techniques. Ancient Mesoamericans used all of the parts of the plants and animals they consumed. Elements not eaten would be transformed into tools or utensils. After the Spanish had conquered the area, the diversity of ingredients native to Mesoamerica were easily combined with European recipes, products, and cooking techniques to develop a whole new variety of flavors and textures.

This work looks at the culinary world of the ancient Mesoamericans, exploring the main ingredients, recipes, and utensils that made up their daily diets, as well as the transformations their gastronomy experienced as a consequence of the arrival of the Spanish and the influence of the Columbian exchange.

What listeners say about Gastronomy in Mesoamerica