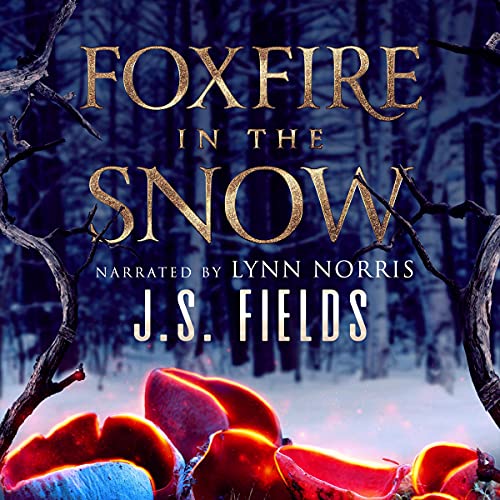 Foxfire in the Snow

Born the heir of a master woodcutter in a queendom defined by guilds and matrilineal inheritance, nonbinary Sorin can’t quite seem to find their place. At 17, an opportunity to attend an alchemical guild fair and secure an apprenticeship with the queen’s alchemist is just within reach. But on the day of the fair, Sorin’s mother goes missing, along with the Queen and hundreds of guild masters, forcing Sorin into a woodcutting inheritance they never wanted.

With guild legacy at stake, Sorin puts apprentice dreams on hold to embark on a journey with the royal daughter to find their mothers and stop the hemorrhaging of guild masters. Princess Magda, an estranged childhood friend, tests Sorin’s patience - and boundaries. But it’s not just a princess that stands between Sorin and their goals. To save the country of Sorpsi, Sorin must define their place between magic and alchemy or risk losing Sorpsi to rising industrialization and a dark magic that will destroy Sorin’s chance to choose their own future.

What listeners say about Foxfire in the Snow

This was a great listen! The narrator did a great job giving voice to the characters. Also I was wondering how she would voice the nonbinary mc Sorin. That was also exceptionally done.

The book is set in a fantasy setting, there’s not a lot of world building but there is a lot of attention to culture and cultural developments. Despite being a fantasy there are lots of parallels to this day and age.

I’m very curious about the second book in this series. This book was a joy!

At seventeen, Sorin hopes to become an apprentice with the queen’s alchemist but as they get ready to go to the alchemist fair, their mother, a master woodcutter, disappears, and Sorin discovers she’s not the only one who’s gone missing: other guild masters are nowhere to be found and even the Queen seems to have vanished. Reunited with their childhood friend and Royal Daughter Magda, Sorin reluctantly starts on a journey to save the Queendom of Sorpsi and hopefully win their freedom from the woodcutter guild.

It took me a while to get into the story but having read and adored the author’s Ardulum series, I knew it would be worth it. I found both MCs very interesting, not always likeable but relatable.

Despite what people think by looking at their body, Sorin isn’t a woman, nor are they a man. They’re just Sorin. They’re not a woodcutter either, not yet an alchemist, definitely not a witch, and that feeling of not belonging follows them in every area, all the more so as their mother kept them sheltered from the rest of the queendom, turning them into an outsider to what most young people take for granted. Sorin sounds rather self-centred at times, in a way I found understandable, as they’re trying, not to find themselves – they know perfectly who they are – but to get others to stop questioning who they are.

Magda is the kind of kickass heroine I often love. She’s bossy – she’s the Royal Daughter after all – with a huge sense of duty and a kind heart.

A word about the narration. I already knew Lynn Norris is an outstanding narrator, I’m still impressed at how perfectly she managed to voice trees and fungi in the Ardulum books. Her voices for each character are so good that I often forgot there was only one person narrating.

Foxfire in the Snow is the first book in a duology and while a lot happens and there’s some resolution, the ending is very open, especially on the romance side. I look forward to the second part and hope we won’t have to wait too long for it.

Fungal wood dyes? Hell, yeah! I haven’t heard of this art before and I thought it might have been part of the magic system in this book, but having checked out the author’s website, I now know this is a real art! Not only is this a most excellent adventure full of magic and blossoming romance, it has introduced me to a new art form.

Sorin is an interesting character who has been held back from choosing a career, basic news from the the area, and developing friendships. Sorin’s mother has kept them secluded at their woodcutter hut but Sorin is way more interested in alchemy. But now Amada (Sorin’s mom) has gone missing, along with the Queen. Sorin sees it as a chance to seek out a an apprenticeship with an alchemist but she gets swept up into reluctantly assisting the princess (Magda) with finding their mothers.

I do love a reluctant hero and there’s so much to like about Sorin. I even loved those moments when I wanted to kick them in the butt and say ‘Get on with it!’. Sorin has had a lot of obstacles placed in front of them, but sometimes they are their own biggest obstacle. And I can see how Sorin grows throughout the story, learning so much about themselves as well as the bigger world.

Sorin is learning about their own body as well. At 17, Sorin is neither male nor female yet they don’t feel like their body is wrong either. Yet Sorin struggles with how to portray all that to the people around them and gain acceptance. I really appreciate how the author gave us all of that in small tidbits sprinkled throughout the tale and didn’t get bogged down in some long-winded angst (as so often happens with YA fantasy with any level of romance). I think it’s great that Sorin has Magda there to eventually confide in and their friendship grows stronger all the more for it.

The world-building and development of magic systems was really good too. Even in moments of action and even danger, Sorin can’t help but be caught up in alchemy and how it relates to the situation. We also have witches. Magic and alchemy are two very different things in this world and then there’s industrial tech. Sorin thinks the tech is evil, witches are bad, and alchemy will save the day. They may be right in the long run… or perhaps future books will find a way for all three to coexist in this world. I can see exciting things in Sorin’s future.

The romance was minimal, sweet, exploratory. No sex scenes. For me, the plot, setting, and characters come first and romance way down on the list and I love how it’s handled in this book. It never bored me and I felt it added to the story instead of bogging it down.

Additionally, I liked that Sorin was tossed into reconnecting with their brother, who left on his own apprenticeship years ago. It’s kinda rough at first but necessity sometimes makes odd allies. All together, it’s an exciting addition to the Fantasy genre and I love the inclusiveness of it. 5/5 stars.

The Narration: Lynn Norris was the perfect fit for this story. Both Sorin and Magda are about 17 and Norris had a young lady’s voice for Magda and a voice that could either be a young lady or a young man’s voice for Sorin. Norris had unique voices for all the supporting characters as well. I really liked how she portrayed the various emotions that Sorin went through on this journey. The pacing was perfect and I loved Norris’s creepy witch voice especially. There were no tech issues with this recording. 5/5 stars.

It is painfully short and I need about 100 more hours of this story. The story involved love, magic science, heartbreak and a character trying to figure out who they are while their world is crumbling down on them. The ending was a little rushed but it didn’t take away from this wonderful story. Norris did a great job bringing the characters to life and her range is wonderful.

So, Foxfire in the Snow satisfies me on multiple fronts. First, the protagonist, Sorin, is neither male nor female ― and, despite their world being barely on the cusp of industrialization, it is quite enlightened about sexuality in some ways, but has no category for Sorin's place on the spectrum. Also, in a matrilineal society, Sorin's the putative heir to their mother's master-woodworker business concern, but (a) they're not a girl, dammit! and (b) they want to be an alchemist instead. This is just at the onset of the story, which includes an odyssey across a glacier with the love interest, queen's daughter (NOT princess) Magda, and a long-lost, hostile brother, in search of their missing mothers, and to solve the mystery of disappearing guild masters (which may spell the economic downfall of their country). Sound confusing? If so, that's my fault, not the story's, which is spelled out clearly and in rich detail, full of witches, alchemists, master crafters, magic and science juxtaposed, red herrings and twists ― combined to create a rich tapestry (or maybe parquet in this instance?) of plot and character, and with the bonus of a protagonist who models both courage and very human confusion as they come to terms with their identity internally and in the real world. *Such* a good YA story, but, like Harry Potter, great for us grownups, too.

Narrator Lynn Norris is splendid here. Her Sorin is a work of art, with all the ambivalent bravado and sometimes faltering nuance of adolescence (they're 17) balanced with strength, intelligence, wit and resourcefulness, so that their struggle to be understood and accepted as non-binary is seamlessly blended into the character as a whole ― as opposed to a discrete polemic on societal shortcomings. All Norris's characterizations are three-dimensional and fully distinct, her accents are deliciously intriguing (particularly those of Sorin's mother and the queen), and she carries us across ice, into forest, and through intricacies of plot and scientific concept with energy and elan.