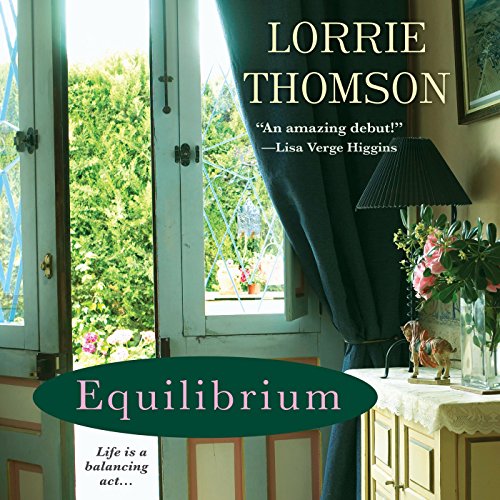 By: Lorrie Thomson
Narrated by: Christiane Noll
Try for $0.00

In the year since her husband died, Laura Klein's world has shifted on its axis. It's not just that she's raising two children alone - fact is, Laura always did the parenting for both of them. But now her fifteen-year-old daughter, Darcy, is dating a boy with a fast car and faster hands, and thirteen-year-old Troy's attitude has plummeted along with his voice. Just when she's resigning herself to a life of worry and selfless support, her charismatic new tenant offers what Laura least expects: a second chance.

Darcy isn't surprised her mom doesn't understand her, though she never imagined her suddenly acting like a love-struck teen herself. With Troy starting to show signs of their father's bipolar disorder, and her best friend increasingly secretive, Darcy turns to her new boyfriend, Nick, for support. Yet Nick has a troubled side of his own, forcing Darcy toward life-altering choices.

Exploring the effects of grief on both mother and daughter, Equilibrium is a thoughtful, resolutely uplifting novel about finding the balance between holding on and letting go, between knowing when to mourn and when to hope, and between the love we seek and the love we choose to give.

"Equilibrium is an emotional, complex, and deeply satisfying novel about the power of hope, love, and family. I couldn't put it down!" (Lisa Verge Higgins, author of One Good Friend Deserves Another)
"Tender, heartbreaking and beautifully realistic. Fans of Anita Shreve will be riveted by this intense and compassionate story." (Hank Phillippi Ryan, Agatha, Anthony and Macavity - winning author)

What listeners say about Equilibrium