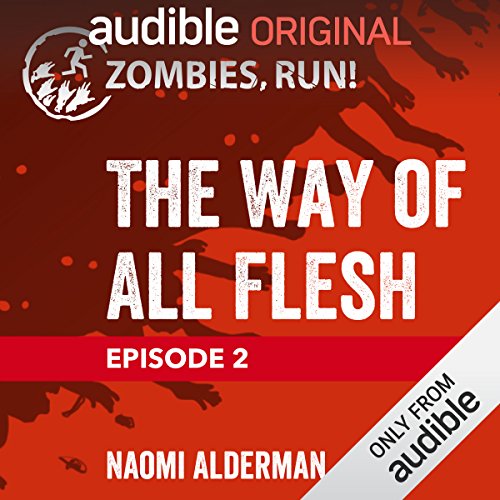 By: Naomi Alderman
Narrated by: full cast
Try for $0.00

In this episode: There's been a murder - but do the survivors in the house know who else is there with them? And what secrets does the house hold? With Keith hysterical and Rose suspicious, it falls to Jody and Chris to act as detectives.

It's barely a few months since the shambling dead began to rise. Now nine people are trapped in an English country house together by the zombie horde outside. There's a journalist, a student, a professor, a surgeon, a housekeeper, a math teacher, a bank clerk, a taciturn Scotswoman, and a celebrity actor. They're strangers to each other. There'd be no reason for any of them to harm the others. And yet...before their first night in the house is done, one of them will be dead, and it will be clear to the others that among their number is a murderer.

Set in the universe of the worldwide best-selling app Zombies, Run! this is a murder mystery like no other. Why would anyone still want to kill a fellow human even after the zombie apocalypse? And having started, how can they be stopped? The desire for vengeance, after all, is the way of all flesh.

What listeners say about Ep. 2: The Way of All Flesh

Careful not to buy if you have the set already

This is part 2 of the story. But if you already have purchased the bundle parts 1-6 don't buy this.