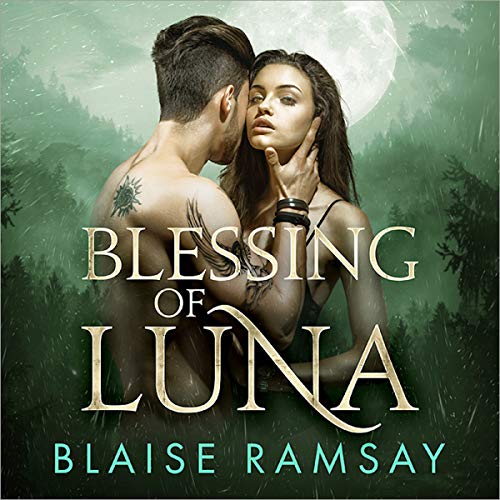 By: Blaise Ramsay
Narrated by: Kevin Arteaga
Try for $0.00

Damien Pierce wasn't like normal people. Since he was young, he learned that he had the uncanny ability to heal himself almost immediately. At fifteen, he astounded the small town of Big Timber, Montana when an SUV hit him only to find he survived the encounter without suffering any major injuries. After moving away for ten years, losing his mother and slipping into a deep sense of depression, Damien's father moves them back home in an attempt to give Damien a sense of normalcy.

Enter Jillian Styles, the immortal, beautiful lycan that has been looking for the soul of her long, lost lover who after many years of being reborn into new bodies, his soul simply vanishes into the tides of time. When Jill first sees Damien, she knows immediately he is the one she had been looking for. When an old enemy begins re-igniting the flames of a centuries-old war, Damien must come to grips with a cruel fact that he is not human while nurturing feelings for the beautiful woman who captured his affection.

Now Damien must delve deeper into the world of the supernatural with the help of the mysterious Alexander Kain and Jillian. He's about to learn, the secret sleeping within him is much more than he ever could have imagined. It has made him the target of a very vindictive dark god bent on taking revenge.

What listeners say about Blessing of Luna

I’m not familiar with this author but I’m glad I decided to give it a shot. It is an interesting and complex story with some twists and turns.

This was a bit of a reversal on the female being a strong older character and the male being young, inexperienced, and fragile. The story flowed in a good pace with unique characters that kept me interested and engaged from beginning to conclusion.

I’m looking forward to the next book in this series.

liked this one a lot

This was a great listen. I liked the narration and the story was interesting and unique. The descriptions by the author were very vivid and the narration really brought it to life. I will definitely be open to more in this series.

a twist on wolf shifters vs vampires

Jillian is a very old werewolf who has been waiting for the reincarnation of her love, Lucius. He has been killed lifetime after lifetime by the vampires.
The storyline was interesting and creative; but I would really appreciate it if the details were more logical and consistently in line with the authors’ world building and characterization. Also, it’s best to know up front that the female (wolf) knight has to keep rescuing the Prince (purifier) in distress for the first half to three quarters of the book. He does step up at the end for the climactic battle.
Arteaga has a very pleasant voice, and the recording was very cleanly done.
I was given this free review copy audiobook at my request and have voluntarily left this review.

Blessings of Luna (Wolf Gods #1) was a great read by Blaise Ramsay. Damien doesn't know why, but he has always been able to heal himself. After ten years away from home, his dad moves him back. He meets Jillian who changes everything for him. I loved reading Damien and Jillian's story and can't wait to read more of this great series.

I received this audiobook free for an honest review. I felt this book had a slow start. But, when the story came together, it took off and I couldn't stop listening. There were different stories that all came together. I felt that Damien's true powers were not totally revealed in this book. I would assume his character will develop further in the next book. The narrator did a good job with all the different characters. Looking forward to the next in the series.

Blessing of a good audio

This title caught my eye and so did the blurb . The story starts out slow but once it starts you can’t put it down . It not your typical PNR audio. The story is very well written . There are a lot of twists and turns, that will have you at the edge of your seat till the end .
There are more that one character in this story . Each character had its own special powers . Damion was the main character in this story , but there was then were and vamps . Each character was blessed by they believe by the goddess.

The narrator Kevin was good each character was done well. His voice is good , strong and clear

I didn’t like this book because, main male character role was like the heroine that needed saving. the main alpha female character was ok. The reversals of the characters roles didn’t quite work. I was unable to finish the book. I personally prefer the male to be alpha and the heroine can also have alpha. The narrative was ok

The strongest points for this story is the relationship between Damian and Jill. The way they interact and grow with one another is emotionally compelling. The uncertainty to it, the way events and choices force the growth of their relationship all feels realistic. Along with the unspoken fears they carry through it all. It makes for a very relatable read. It very easily got me emotionally invested in the characters' fates.

An equally enjoyable part is the sensory details. I thoroughly enjoyed visualizing the events, locations, and characters.

The weakest facet to the story is the pacing. The sheer volume of history, mythology, and current events for the supernatural feels like the story is constantly zooming in and out of focus.

For example, on one hand, we have a romance with supernatural origins taking place in a small sleepy town, that is also a battlefield for a supernatural shadow war. All of that alone could make for a compelling singular book, but then in the same chapter, we have allusions and statements about thousand year conflicts, reincarnation, divine origins, survival of the species, tribal rivalries, etc.

Mix all that together and it ends up being an orderly mess. By which I mean all of it fits together logically, no plot holes and no vending machine of deus ex machina. However, the effect this creates is that the characters become exposition checkpoints. Damian's human relationships come and go so quickly that they seem inconsequential. Jill is a loner but also accepted by local tribes based on her legendary status, but does not suffer any visible prejudice, except from one character, from established groups with preexisting hierarchy. Entire events happen off-page, and the passage of time doesn't feel realistic.

The end result for me was that some parts engaged me and I wanted to read more while others felt unimportant, dragged, or were unsatisfying.

Going back to the more positive, the narrator does a phenomenal job of bringing the story to life. He is definitely going on my list of favorites.

Blessing of Luna is a story that suffers from too much too fast. I tried mentally listing important character points/events and it felt like I was describing a series, not a singular book. It's frustrating because there are aspects that I genuinely enjoy but not all at once. Life may move at its own pace no matter what we want, but the same goes for struggles and challenges. The story introduces and resolves obstacles without allowing for drama or tension to properly develop. For these and other reasons, I give it three stars. I think there are people who will enjoy it, the potential is there, but this is not a book for me.