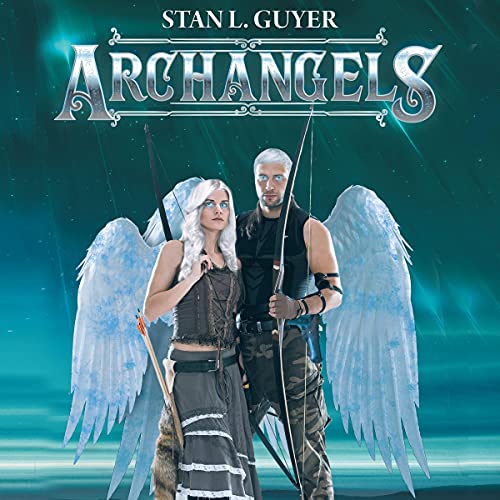 It is in the year 2015 when Mykel turned 65. He retires from work, and his family throw him a party to celebrate. Later he notices that he is feeling very poorly and goes to see his doctor. After numerous tests and scans, his doctor informs Mykel that he has lung cancer from his many years of smoking. Without some very aggressive chemotherapy treatments, he will die in four to five years. His family urged him to start the chemotherapy; however, his lawyer suggests a project at a cancer research facility in New Mexico that is looking for 200 volunteers to help find a permanent cure for cancer.

Against his family’s wishes, Mykel and a friend go to the cancer research facility in New Mexico, where Mykel meets a 62-year-old lady by the name of Nichole Morningdove. Without knowing that the other had volunteered, Mykel and Nichole both volunteer for a highly radical test program. Shortly, everything at the cancer research facility goes completely wrong when a super influenza virus gets loose from the facility and rapidly spreads worldwide.

When Nichole is kidnapped from the facility by a renegade army captain who wants her for his own evil purpose, Mykel learns the truth. Mykel follows them to Albuquerque, New Mexico, to find Nichole and stop Captain Stone. Along this path, Mykel runs into some old friends and makes some new friends, all of whom help Mykel find Nichole. Once Mykel and Nichole come together, God’s wrath is kindled against Captain Stone in a thunderous conflict.

What listeners say about Archangels

This book was extremely difficult to get through. While having the thin veneer of a being a Christian novel in that the main character prays continuously and often reads the King James Bible ("because that's the only one that hasn't been changed"), it is actually more of a New Age work. It is riddled with profanity and the author appears to obsessed with the topic of sex. He seems as though he cannot mention a woman character without also going into an extremely detailed description of her physical appearance even to the point of giving her bodily measurements virtually every time ("She was a voluptuous 38-24-36 double D cup"). In fact, almost all of the female characters seem to only know how to dress seductively and have only one thing in mind. It is embarrassingly salacious.
There is zero character development. The good guys are all squeakier clean than Captain America (and by that, I mean the old school Cap) while the antagonists are all very bad. The writing is
sophomoric and the dialogue is painful and redundant. While not very original, the plot concept isn't too bad. The story line, however beyond predictable.
I really enjoy listening to audio fiction and I'm not typically too hard to please, but this one ... is a no go.