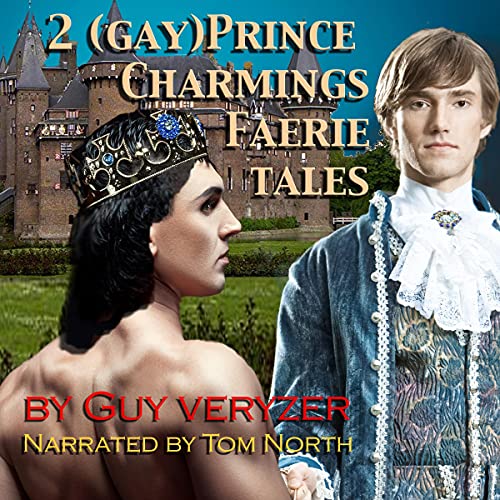 The Other Prince Charming, or Cinderella’s Lost Brother
A tale of gay love and magical adventure!

Once upon a time, there was Cinderella and her Prince Charming, but it may well be that both of them had brothers whose stories have been neglected until now....

Like Cinderella, her half-brother is forced to do menial worth in the garden and dusty stables, so he is called; Dustino. He grows up to be as sweet and lovely as she does, despite cinders and dust.

One summer evening after a hard day's work, Dustino is bathing in a forest pond, when a handsome young stranger encounters him; little does he know that his new friend, is the younger brother of Prince Charming, young Prince Julian who dreams of a romance different romance from his brother....

Another other Prince Charming, or Sleeping Beauty’s Forgotten Brothers
Another tale of gay love and magical adventure!

In this retelling of a classic tale, there was a royal baby cursed to become a Sleeping Beauty, the lovely Princess Dawn...but now learn also of her two handsome Prince brother; bold Crown Prince Randolfo and the younger, artistic, and handsome Prince Halcyon.

While the Faerie God-folk hide the Princess and her younger brother Prince Hal deep in the forest, both royal siblings discover phantom lovers that appear to them in magical ways of dreams and inviability. And both fall in love with their phantom Princes.

The guardian Faeries seek to both to protect the Princess from pricking her finger on a spinning wheel....

While at the same time to bridge the gap of 100 years until a Prince Charming might chance to awaken her with a kiss.

The evil Faerie Crumblerot has wicked plans for young Prince Halcyon and his lover Prince Drake, wanting to destroy love at all costs.

The retelling of Cinderella but from her gay brother's point of view was a good listen. We know the story so well, and the addition works well.

However, the second book was a retelling of Sleeping beauty, but from two couples perspectives, and I have to say at parts, it was a tad confusing. But still enjoyable.

A good solid narration from Tom North. As usual, I sped up to 1.50 on audible.

I received this audiobook for free at my request. My review is my opinion and an honest review - nor did the author influence my opinion.