Mystery, Thriller & Suspense | Literature & Fiction
New York Times and USA Today bestselling novelist Deanna Raybourn is a 6th-generation native Texan. She graduated with a double major in English and history from the University of Texas at San Antonio. Married to her college sweetheart and the mother of one, Raybourn makes her home in Virginia. Her novels have been nominated for numerous awards including five RITAs, two RT Reviewers’ Choice awards, the Agatha, two Dilys Winns, a Last Laugh, and three du Mauriers. Her Lady Julia Grey novels are currently in development as a television series in the UK and she launched a new Victorian mystery series with the 2015 release of A CURIOUS BEGINNING, featuring intrepid butterfly-hunter and amateur sleuth, Veronica Speedwell. Veronica’s most recent adventure is A PERILOUS UNDERTAKING (January 2017), and book three, A TREACHEROUS CURSE, was published in January 2018. Further books in the Veronica Speedwell series are contracted through 2020. You can find her her social media links, blog, contests, and upcoming appearances at deannaraybourn.com.
Read more Read less

A Quote by Deanna Raybourn

What virtue is there in a man who demonstrates goodness because he has been bred to it? It is his habit from youth. But a man who has known unkindness and want, for him to be kind and charitable to those who have been the cause of his misfortunes, that is a virtuous man.


Deanna Raybourn
Silent on the Moor 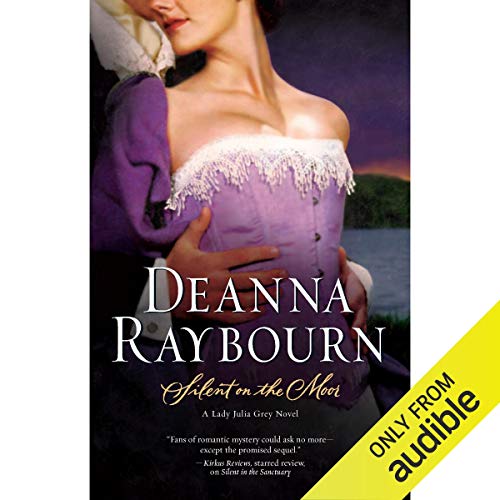 
While a standalone mystery is great when you're in the mood for a one-and-done, sometimes you want to feed your craving with an entire mystery series—knowing there's a world and characters you can keep coming back to for the satisfaction of solving crimes. With audiobooks, you get the added bonus of sinking deeper into the setting, clues, and suspects as the story is performed for you, so you'll feel like you're alongside detectives, ready to bust a case.