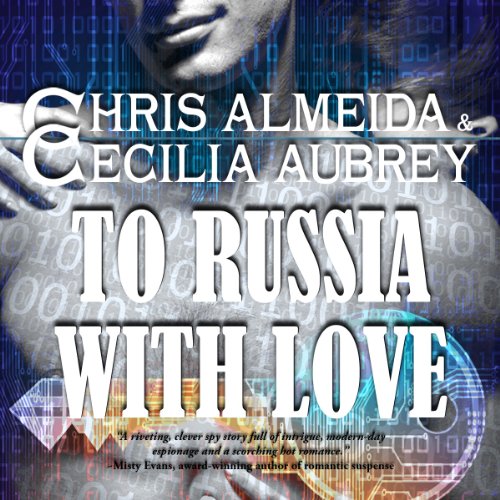 In the second book of the Countermeasure Series, encumbered with the dangerous task of infiltrating a Russian Mafia stronghold and recovering stolen files in exchange for the new clue, Trevor Bauer finds himself bound to a Russian Mafia crime lord. When plans veer out of control and Cassandra Bauer finds herself on the run, her sole focus is ensuring Trevor's safety - even it if means depending on those who might not have their best interests at heart....

What started as a simple data-file recovery turns into a dangerous game of cat-and-mouse, deep in a world of betrayal, hidden identities, and secret agendas.

NOTE: The Countermeasure Series also has a tie-in series called Countermeasure: Bytes of Life. Some of the events that take place in the short stories might be referenced in the novels and vice-versa. The chronological order is as follows:

What listeners say about To Russia with Love

I have enjoyed reading & listening to this book. Opening the book I submerge myself instantly into Trevor & Cassie’s world. New to marriage they are still feeling their way around. Their love easily evident in that they will do anything for each other, including crossing lines that may put their lives in danger. They follow a trail that leads them to the doors of the ruthless Russian mafia. Stephan and Jessica reignite their unrequited passions, initially ignited and abandoned with one passionate kiss in Countermeasures. What is there not to love in this book!!!! There is passion, intrigue, adventure from the very beginning. I must say that it had the perfect combination of the three and for the tech geeks…there is plenty to love also. I felt as if I was watching a movie as it all played out in my head. Jason Bourne, look out…here comes Trevor! Chris and Cecilia are raising the bar for authors like Robert Ludlum. I am hoping for a movie deal and great actors to play out the roles.
Surprising treat for me was Stephan. He seems so well put together and controlled, the perfect business man and gentleman. What lies beneath that surface is wild heated passion that would drive any woman insane with need. I was torn between the couples, feeling very much like a voyeur, flipping channels between couples. Stephan places older men back in the market…making it harder for the younger ones to compete! This is a must read, five stars aren’t enough to rate this book.
Audio review:
I just finished the audio version to this amazing story, and it held true to the written, word by word. I loved Tim Reynolds as the narrator, he truly has a grasp of Trevor, and is growing well into voicing the other characters as well. He was a great pick for the series. If you like the written version of the series you are sure to LOVE the audio.

I had a hard time not listening to the audiobook start to finish. The story is thoroughly engrossing. Just when things felt like they were calming down, more excrement hits the fan. The narrator is absolutely fabulous. his accents are lovely. The characters are so complex I feel like they're dear friends.

The story was so so.! I could have done without the details of intimacy so pervasive throughout. I'll remember to check the genre before buying. I'm not a fan of romance stories. However, cudos to the narrator!

This pairing of authors and narrator is genius!

To Russia With love is the second book that I read in this series and the second Audio-Book production from this team of authors with the narration provided by Tim Gerard Reynolds. When I read these books last year – this was my favorite of the two: and the same holds true for the audiobook version. While Countermeasure served to introduce readers to the series, this installment helps to clearly display and define their dependence and reliance on one another, while they battle against the odds to solve another piece of the mystery.

Tim Gerard Reynolds has a lovely style and voice for narration: his un-characterized accent is just touched with a dash of lilting Irish softness that maintains clear enunciation and ease for all listeners. When character voices and accents are called for, the soft lilt becomes a strong brogue, and even manages to bring in a solid Putin-esque Russian guttural clip to the characters from Russia. Particularly genius is his ability to insert a soft pause between the voices of different characters without causing undue hesitation in the rapid-fire dialogue. This pairing of Reynolds with the work of Almeida and Aubrey is a well-polished production, with the narration serving only to highlight the work and not distract from the story.

This production is a winner on all fronts – and one that is sure to please fans of the series. Just be sure that you have read or heard Countermeasure first. You will appreciate To Russia With Love much more if you have.

I received an audiobook copy of this book from the authors for purpose of honest review at the Heard Word on I am, Indeed. I was not compensated for this review: all conclusions are my own responsibility.