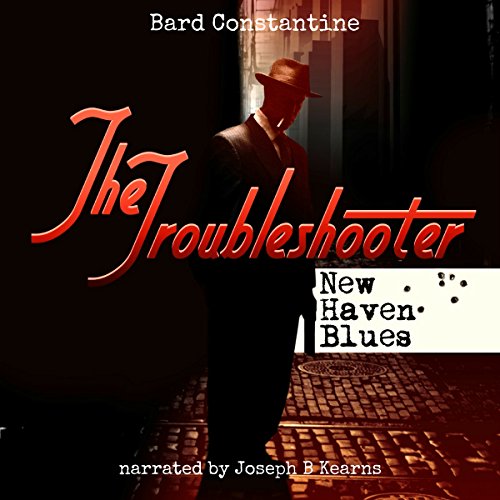 By: Bard Constantine
Narrated by: Joseph B. Kearns

Science fiction meets 1930's noir in this action-packed tale of a man whose job description is shooting trouble.

Mick Trubble has two major problems: a past that he can't remember and a price on his head. So when a mysterious dame shows up with a proposition to recover some stolen goods, it's all in a day's work for a man with nothing to lose.

But this is New Haven, where nothing is as it seems. In this dystopian melting pot of desperate citizens, the rich dwell above in flying vehicles and bright lights, while the disadvantaged fight over the remains in the gritty streets. There are secrets buried behind sealed doors and the minds of men and women who won't hesitate to kill in order to protect them.

So when Mick's case uncovers a conspiracy that threatens the entire populace, he has to rely on his connection, allies, and sheer cunning in order to put the pieces together. He'll need all the luck he can get to keep from catching a case of the New Haven Blues.