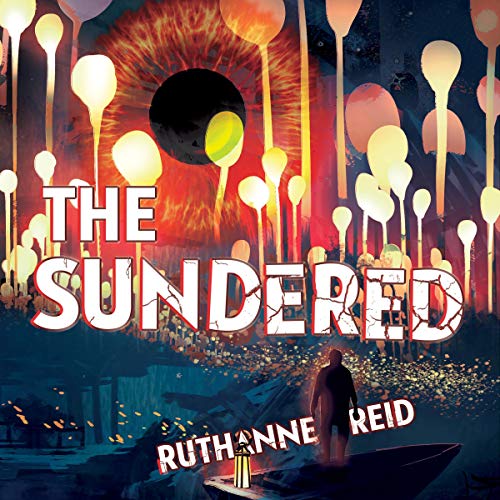 The Sundered (Among the Mythos)

By: Ruthanne Reid
Narrated by: Kain Foster
Try for $0.00

The world I know is flooded. You don’t go in the water. You don’t touch it. If you do, it will get you, drag you down, and you’re gone.

Harry Iskinder knows the rules. Don’t touch the water, or it will pull you under. Conserve food, because there’s no arable land. Use Sundered slaves gently, or they die too quickly to be worthwhile.

The Sundered create food. The Sundered create shelter. They’re also dying out. In a world lost to deadly flood, Harry searches for the mythical cure, the hope of humanity - but the hope isn’t what he thinks, and neither are the slavish Sundered Ones. When he claims the magnificent and powerful Sundered named Aakesh, Harry quickly finds himself in deep and dangerous water.

What listeners say about The Sundered (Among the Mythos)

So good I can't stop listening to it.

The Sundered is one of my favorite books. I've reread it in print a few times over. When I heard it was out on audiobook I was SO excited because if there is anything I love more than reading my favorite books, it's LISTENING to my favorite books! The narration quality is top notch, and honestly as good as Harry's voice is, Gorish, one of the Sundered Ones, is voiced TO. PERFECTION. I like...cannot put into words how much this book means to me. It's absolutely unique, you will never read or listen to another book like it in your life.

A fabulous book read by a fabulous voice.

First I'm going to state this copy of the book was given to me as a gift from the author. we've been friends since around the time she released this same physical book back in 2012 and I emailed her to bug her. I put the audiobook aside until a little over a week ago when I got a job and had an over 30 minute commute I could fill with audiobook goodness. The narrator was fantastic. So many different voices and tones, making it feel rich and like a full world. Words were clearly enuciated and spoken in a steady easy to follow pace. I honestly kinda hope he'll narrate another of Ruthanne's books in the future. My only complaint and it's a very minor one, after the main book ends and the bonus stories start, it's a little hard to distinguish the end of one story and the start of the next. Ruthanne, I know you're reading this. future revisions of The Sundered and other books that might get future added bonus content should have "Short Story #" at the very start of each new story. That way future audiobooks will be slightly easier to follow. The following will be my review of the book back when I read it in 2012: This book was suggested by a friend who loved the story, I said I'd read it, and once I got to actually reading it, I just did not want to put it down for anything. Reading about the betrayal of characters toward the main character, and the main character not coming to grips with the loss, struggling with his power, or lack thereof at times. Internal conflicts tearing him apart piece by piece, and then finally at the end, all the pieces come together and everything makes sense. The ending was hinted at a few times throughout the book, but it wasn't spelled out in detail until the last two chapters. All in all I loved this book and can't wait until future stories from this author are published. Hoping that we get prequel books perhaps detailing the life of this book's protagonist's father and perhaps another about the person that started the entire chain of events.