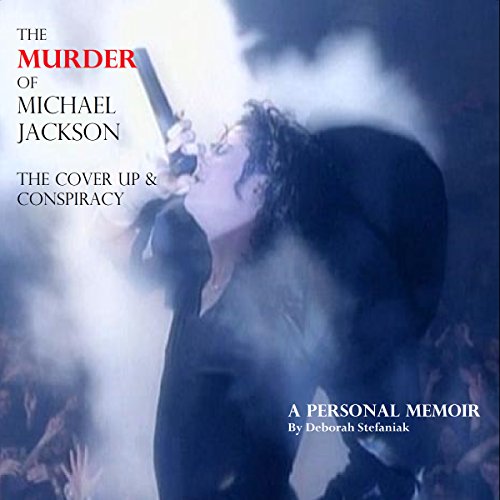 The Murder of Michael Jackson: The Cover Up & Conspiracy

By: Deborah Stefaniak
Narrated by: Aurora Goldstein
Try for $0.00

The first question to ask in any homicide is "What was the motive?" For Dr. Conrad Murray, the real motive should have been to keep Michael Jackson alive. That way he could get paid. But it wasn't Dr. Murray that was the only person in Michael Jackson's life at the end. There were other people too. Other people who did have a motive to kill. Working backwards from information personally received, discoveries have been made as to who the real killer of Michael Jackson was. This recounting of the events as they happened, is a personal testimony to the discoveries and evidence supporting the conspiracy and cover up of the murder of one of the greatest entertainers and humanitarians in world history - Michael Jackson.

What listeners say about The Murder of Michael Jackson: The Cover Up & Conspiracy

The Murder of Michael Jackson: The Cover Up &Conspiracy....

it's about time someone got to the bottom of who killed michael Jackson instead the dr. Murrray. Start looking at thome thome and look AEG randy Phillips i think the Randy phillips. was the one who is responible for the Murder and thome for the cover up. Can you imagine Michael paying for everything all these years. For the Jackson family....LAZY...none of his brothers have a oumce of talent. So Michael was there bank they must be up a creek now. For money now .they are disgraceful....I do think that Randy AEG had payed to have mj murdered i .would love to see both of them in jail......why isn't the police getting to the bottom of this maybe Randy Phillips bribed them......we lost such great talent.....RIP. michael 6.25.09. Someone needs to refer a copy of this book to the Beverly hills police so they can solve this crime and lock up all those that were involved in this eloborate skeam to take down a one of the most trusting and loved and gifted entertainer of our century........start at Sony and AEG and follow the clues and the money and they lead to the person or criminals that killed michael jacksons what a loss and what people will do for money......it's wrong there out living a good life off Michael Jackson and he had a life worth living and they took it and left his children fatherless.......what a eye opener this book and the author did there home work with all the documentation......that those times needs to be looked at and his sister needs to know about this book.........god bless mj. I wish the press would read this book ..the author pretty much did all the detective work and has documentation to back up her book.......it's right here for someone to follow up on and solve mj un timely death due to greed......all mj fans need to read this.......powerful book....diane fascinating read.... You can stop reading once u start...

Details of the end of life of the King of Pop

Found it to be very interesting and informative with information that should have been sent to the homicide detectives who investigated the King of Pops death! Tommy Mottola played a part in Michael's death! Michael was MURDERED and not by Conrad Murray! I believe his former manager Tohme Tohme snuck in that house and ended Michael's life! Strange that he was not interviewed by detectives, nor did anyone advise them of him (the former manager)! LaToya Jackson was right, her brother was MURDERED! And sadly, Michael told this was going to happen, yet not one paid close attention! AEG only wanted the millions in revenue that was to be made after the This Is It tour was completed! And they knew Michael would not be able to do 50 damn concerts at his age!

I knew something didn't add up

Read or listen with an open mind and love R.I.P mJ

Interesting book, deffinately worth a read even if sceptical haven't read the first book so maybe read that one first.