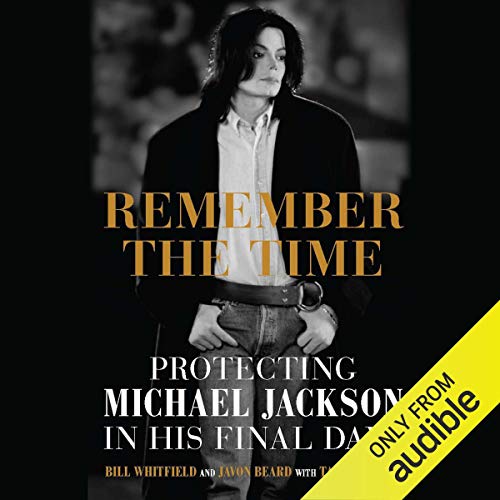 Hounded by the tabloid media, driven from his self-made sanctuary at Neverland, Michael Jackson spent his final years moving from city to city, living with his three children in virtual seclusion - a futile attempt to escape a world that wouldn’t leave him alone. During that time, two men served as the singer’s personal security team: Bill Whitfield, a former cop and veteran of the security profession, and Javon Beard, a brash, untested rookie, both single fathers themselves.

Stationed at his side nearly 24/7, their job was to see and hear everything that transpired, and to keep everyone else out, making them the only two men who know what 60 million fans around the world still want to know: What really happened to the King of Pop?Driven by a desire to show the world who Michael Jackson truly was, Whitfield and Beard have produced the only definitive, first-person account of Michael Jackson’s last years: the extreme measures necessary to protect Jackson and his family, the simple moments of happiness they managed to share in a time of great stress, the special relationship Jackson shared with his fans, and the tragic events that culminated in the singer’s ill-fated comeback, This Is It. The truth is far more compelling than anything you’ve yet heard.

An indispensable piece of pop-culture history, Remember the Time is the story of a man struggling to live a normal life under extraordinary circumstances, the story of a father fighting to protect and provide for his children.

Remember the Time is the book that dismantles the tabloid myths once and for all to give Michael Jackson back his humanity.

What listeners say about Remember the Time

Amazing Book! I didn't feel dirty listening to it

Absolutely! I almost didn't buy this book because I have NO interest in reading a sordid "MJ tell-all" and I was so pleasantly surprised that this book is the exact opposite.

I liked that it literally restores his humanity and the authors really truly and genuinely cared about him, his kids and his well-being. To me, that makes a WORLD of difference. The only thing that was a little offputting was the man who read for Javon. SInce Javon was supposed to be younger than Bill, it was weird that the man reading for him sounded like he was all of 60+ years old. But it did give a great contrast so it was clear whose account you were listening to so I guess it served its purpose.

There are so many awesome scenes in this book I definitely can't pick just one. But one of the funniest was when Bill told people in the store that the man behind the mask was Prince and they left them alone and the fact that MJ got a kick out of that. So cute! OH, and also the scene where MJ had no problems with his fans sitting outside of his house all day. That really shocked me. I always heard that he loved his fans but all celebs say that, right? He really and truly LOVED his fans.

Anyone on the fence about purchasing this book, by all means do it! If you ever wanted to know the human side of MJ and how much his kids really loved him and how much he truly loved his fans. Just an awesome book that I'm so glad I took a chance on. This is my first and last MJ "tell-all" book. I am convinced no other book could do his legacy this much justice.

So grateful for this book.

I have read many biographies on Jackson - some unbiased, some questionable. With all that happened in the last few decades of his life, one struggles to decide on what the truth really is. This book talks about the human being that Jackson was - the loving parent, the kind decent person, his struggles to find people he can trust and more than anything, the of often sad lonely person he was. He was a dichotomy - a brilliant talent but someone who desperately lack basic money skills like managing his earnings, prioritizing his financial responsibilities or even knowing how to use a credit card. This book was written without the authors attributing more significance to there place in Jackson's life as many would do. Another reviewer said this and I will echo it too - this will be my last book on Jackson. Thank you Bill Whitfield and Javon Beard. I hope this book does well.

What did you love best about Remember the Time?

Their dedication to Michael and willingness to face the backlash of writing this book, simply to get out the truth!

What was one of the most memorable moments of Remember the Time?

All of it! So thankful that Michael and his children had these amazing men in their lives, but sad that so many people tried to keep them away. :(

Thank you to everyone that helped make this book happen, and thank you Audible for putting it in my recommendations! A MUST read for any true Jackson fan!

Told with heart and love for MJ. Thank you for sharing your memories with us.

What made the experience of listening to Remember the Time the most enjoyable?

It was fascinating learning so much about Michael Jackson's personal life and what he was like as a person, not a celebrity. A really great story that held my interest the whole way through - I actually looked forward to my commutes so I could listen to what would happen next. His kids have always been such a mystery, I really enjoyed getting to know them in this book too, and my heart breaks for them losing their father.

What other book might you compare Remember the Time to and why?

I don't usually read this type of book, so the only other one I have read that is similar is "Open" by Andre Agassi

You gotta get this book - it really is great!

Thank you for the TRUTH

I knew I was going to like this from the first chapter. Thank you to these guys for the story of TRUTH behind Michael & his children's lives. It's sad to see those who took advantage of him. Infuriating to see people who think they have the right to capitalize on everyone else's success. Heartbreaking to know his lack of involvement with his family as I believe he truly could have been a loving soul for his entire family, but just couldn't trust anyone. Really helps to understand how such a huge empire can crumble & those who are on top can fall so quickly. RIP Mr. Jackson.

Great book showed loyalty, compassion, and trust. Thank you for being there for Michael Jackson not judging always trustworthy.

Thank you for telling me. Mr.Jackson mj still a Beautiful Heart will live Forever. My Love Mauri :)

I thought this was a good book

I liked it came from a different perspective. It was believable. Was so sad his life

An absolute gift to fans

This is a phenomenal read from a couple bodyguards who stick out the rough times when most people would’ve ran. Michael was a great entertainer who was treated as no more than a product in the industry. People were only interested in the billions he chose to make off of his talent. He wanted to be seen as an entertainer and a real person people could relate with. All he wanted was to be treated normal without chaotic fans and industry people treating him like he was a God. He was no God at all, far from anything to be worshipped. He was just an incredibly talented man who was so compassionate for people that he didn’t even know how to be direct and take control of his own life. It’s sad the real twisted darkness of Hollywood and fame that they don’t tell you about. It takes people with a real heart to expose the evil in this world. The love of money is the root of all evil and Michael- bringing so much joy in his music and gaining wealth people can only dream of- was surrounded by incredibly evil and demonic people. The sad thing is that he didn’t even want to be famous, he hated it & I understand why. This book confirms to me that the death of Michael was a planned murder. They knew he wasn’t in physical condition to perform 50 shows & AEG didn’t care. All they cared about was the money they’d make whether he performed or not because they knew he was worth BILLIONS. They felt that money was more important than Michaels life and ultimately he’d make more money dead than he’d ever make alive. It’s sad the amount of depression and isolation that comes with fame & fortune on his level. That man broke world & music records even in his death. If that’s not worldwide superstardom & love on the highest level possible idk what is. The people working in the shadows of these million dollar deals are flat out evil. I feel for celebrities that have to experience the pain he did.