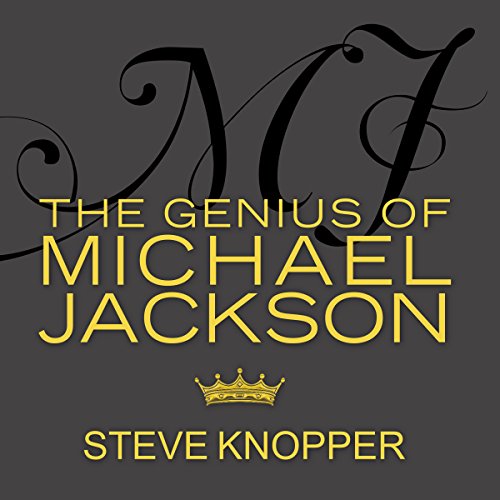 By: Steve Knopper
Narrated by: Eric Michael Summerer
Try for $0.00

From the moment in 1965 when he first stepped onstage with his brothers at a local talent show in Gary, Indiana, Michael Jackson was destined to become the undisputed king of pop. In a career spanning four decades, he became a global icon, selling over 400 million albums, earning 13 Grammy Awards, and spinning dance moves that captivated the world.

Rolling Stone contributing editor Steve Knopper delves deeply into Michael Jackson's music and talent. From the artist's early days with the Jackson 5 to his stratospheric success as a solo artist,to "Beat It" and "Thriller", "Bad", and "The Man in the Mirror", to his volatile final years, his attempted comeback, and his untimely death, Knopper explores the beguiling and often contradictory forces that fueled Michael Jackson's genius. Drawing on an amazing 400 interviews, this critical biography puts all the elements of his career into perspective and celebrates his triumph in art and music.

"Michael Jackson was, indeed, a genius. But he was undoubtedly a troubled genius, as this sweeping biography reveals." ( Kirkus)

What listeners say about MJ

It is ok but no details of his creativity in here

As other reviewers have pointed out, this is not a book for a musical fan of Michael Jackson. I made the mistake of not reading the reviews myself. It sounded like it was authored by an accountant or an attorney. I was more looking forward to knowing about the creativity that went into the making of his landmark albums. But I was left disappointed and will have to look else where.

But you will get the answers to why Michael's life ended the way it did. It is interesting that there are contradictions regarding anything related to Michael. He was carefree with his spending. His family and law suits were constantly preying on him. His failing health and addictions would ultimately take him out. In the end, its an unfortunate tragedy of a exceptional talent.

A good book just sounds like every other book out there. Very cookie cutter not much feeling at all. The same phrasing and wordage in this book as well as many other works. I've read it twice just to make sure I got it and, I still feel like it missed true personallity. Now don't get me wrong, I love Michael Jackson but I feel as if his story is muffled here.