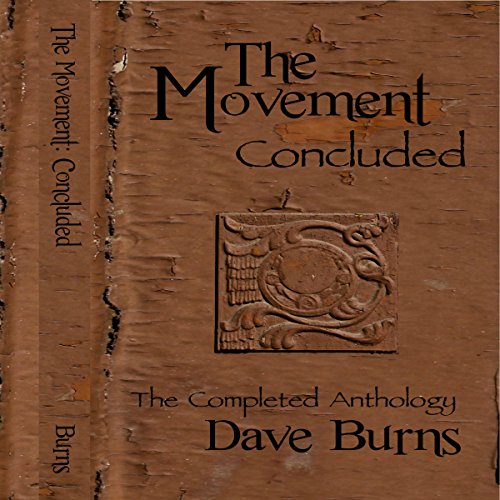 "All who draw breath, draw Grace."

The Movement: Concluded is a completed anthology of The Movement Series including the works: The Movement: A Children's Story for Grown-ups, The Movement: Revisited, and Edem's Flight. Told through the voice of a paternal narrator, the stories take on a whimsical, magical feel.

The Movement: A Children's Story for Grown-ups follows the journeys of Tick, the little clockwork man, through a wondrous land to find the Maker and discover the truth behind the cruel joke.

The Movement: Revisited brings us back to that marvelous land, and chronicles the story of those left behind in the wake of Tick's departure.

Edem's Flight is the spiritual successor to The Movement Series. It is the story of our dear friend following a single grain of sand across the desert dunes to the promise on the other side.

Well, dear listener, might I once again suggest a warm cup of cocoa, some gooey chocolate chip cookies, and a warm fire? For the tale/tail is unfolding, and the wag is in sight....

For the child in all of us,

What listeners say about The Movement: Concluded