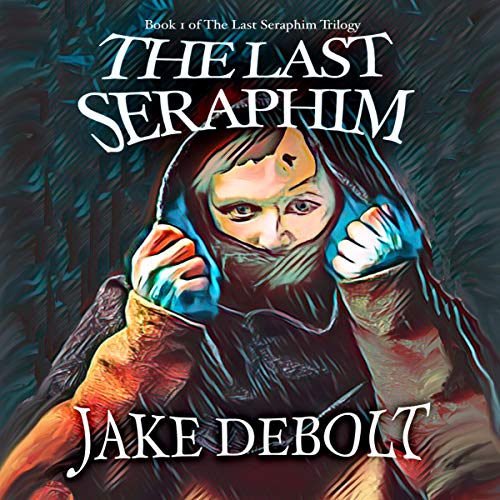 An epic fantasy for fans of Tolkien, Rowling, or Brandon Sanderson. A boy is searching for his sister. A girl is mourning her mother. A thief is terrifying demons. A princess is slaughtering dragons. And the world is coming to an end.

Jake DeBolt is an award-winning author for his work with short stories.

James crawled silently in the night, his heart racing. He was taking a risk tonight by targeting the castle, but he was desperate. Too desperate to be picky. James watched the castle gate from the shadows, his muscles shaking from the effort of remaining hunched over. The outer gates that were two stories high and covered with guards. Beyond it laid a hundred yards of grass, barren and supposedly impossible to navigate undetected. Then there was the castle itself; several stories high with only one entrance. But somewhere inside was the medicine his sister so desperately needed, and he was determined to find it.

James watched the gate for what seemed like an eternity before spotting an opening. The veins in his neck throbbed with anxiety as he made his move to the outer gate. There were sentries all along the top of the wall, spread out just far enough that he might have a chance to sneak through. He watched the soldiers long enough now to know that they hardly ever looked straight down at the wall. He just had to make sure to not give them a reason to.

James slipped down from the rooftop, landing in the shadows of the alley next to it. He wore a dark brown cape over his muddy clothes. A perfect camouflage...for everything except grass. James laid down on the ground, covered himself with his cape, and began to crawl at an agonizing pace towards the wall. Sudden movements would draw their eyes, and there was no window to move through, no way to keep track of their eyes. But a slow and steady crawl wouldn’t draw their attention...he hoped. His skin itched to jump up and sprint towards the wall. For all he knew, he had already been spotted.

No, he couldn’t let himself think like that. “Be logical,” he whispered to himself as he crawled. “They would have thrown some sort of alarm if they had seen me, or maybe even just shot me with an arrow.” He smiled to himself as he kept his head down and limbs moving. Yes, he would know when they saw him. Marie wouldn’t have thought that was funny. The thought of her wiped the smile from his face. He had to get back to her alive or she’d kill him.

It was a testament to James’ discipline that he had no idea how close he was to the wall until he finally bumped into it with his hand. James ignored his aching muscles as he slowly brought in his feet and rose to a stand. And then he waited, certain some sort of alarm would sound, or an arrow would sprout from his body, but nothing happened. He let out a deep breath. The easy part was done. With the same care that he took with his crawling, James began to climb the wall. His hands were wet with sweat as he pulled on the stone, but his grip was sure...

What listeners say about The Last Seraphim