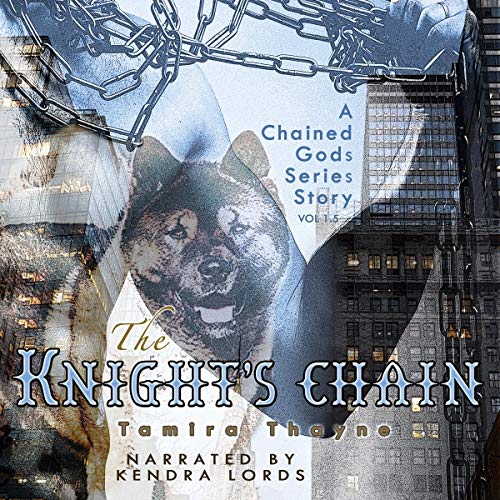 The Akita was massive, a fine example of the breed - with the single exception of his current physical state: skeletal, matted, and attached to a cement post by a thick logging chain. He refused to let those things bother him, however; they were mere nuisances, after all.

What mattered most to him was that any of his captors - the men in black - who crossed his path would die. Simple as that. He was done with the torture, had enough of the domination; who were these men to treat him as a mongrel, a cur? Where was the respect he instinctively knew he’d earned and demanded in better days?

His mind may have been jumbled, with memories of the past escaping him - but he knew one thing for sure: he was more than this beast on a chain. Knew he was born for greater things, knew he mattered somewhere; if only he could get back to wherever, whatever, whenever that was. For now, he would wait....

The Knight’s Chain, a short story, precedes The Curse of Cur, and can be listened to before book two of The Chained Gods Series or after to flesh out the character of the knight.

Good listen! Could not stop listening!

So good. the reader has such a soothing voice! Great story and descriptions. Want to hear the next one.