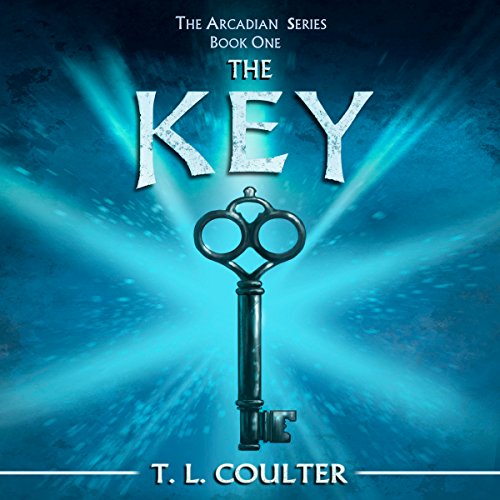 The Key is the first book in a brand-new trilogy.

When the new King of Arcadia, Audric Sjoberg is forced into hiding, his younger brother Rek, is sent to the mortal realm to find "the key". "The Key" is the one person that can help Audric take back his kingdom, and restore peace within the wizard realm.

Kailee Reece is a normal teenager, or so she believes. When Kailee's wishes turn into reality, she becomes the target of unwanted attention. Rek's search sends him to Astoria Oregon, where he meets Kailee, and they are drawn to one another. Kailee and Rek attempt to fight their feelings, but the temptation is too great.

Kailee and Rek's happiness is threatened by an ancient prophecy that could tear them apart. Rek must convince Kailee to return to Arcadia in order to save Audric and his kingdom. Once the kingdom is safe, Rek may be forced to say goodbye to Kailee forever.

What listeners say about The Key

I had to check and see if this book was abridged. I'm usually ok with obvious plots but this was just so contrived that I kept rolling my eyes.
Also, the readers accents are pretty bad.

It was fun listening to this book. It moved quickly and didn't drag. The narrator was good, his performance got better as the book progressed. I am looking forward to listening to the next book when it becomes available. The narrator did a nice job with the voices of the main characters especially, it was easy to tell when Rek and Kailee (sp?) were speaking. Overall the book was fun and was a good listen.

What did you love best about The Key?

I loved the wholesomeness of the characters. The teenagers really seemed to have values that so few have today. I felt comfortable listening to the book with my early-teen child in the car.

My favorite character was Rek. I really liked the way he loved with all his heart. He was willing to sacrifice his own happiness to ensure theirs.

What aspect of Chad Geisinger’s performance would you have changed?

A good narrator should sound like he or she is telling a story, but I felt like he was reading to me the whole time. I thought the female voices were absolutely terrible. Most of the male voices were pretty good, save one or two. I think Chad would be better served sounding more like a storyteller than providing individual voices for each character.

I frequently found myself smiling in reaction to something from the book during my commute. It was a great way to spend my commute, putting me in a great mood for the next part of my day.

The story itself was fabulous. I cannot wait to read The Oracle next!

Narrator was awful. Sounded like he was reading a story to five year olds. And his accents were horrendous! Just bad.