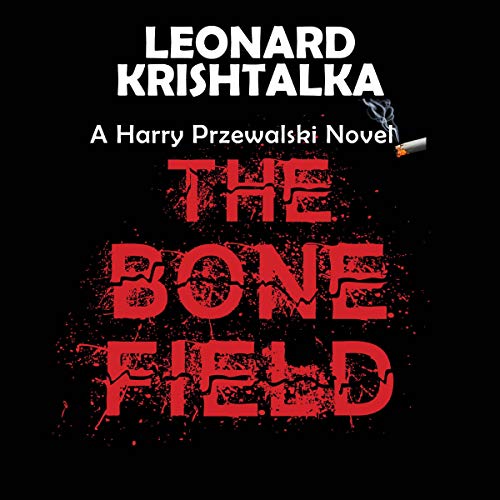 Paleontologist turned private investigator Harry Przewalski excavates the dirty underbelly of people’s lives, unearthing sexual betrayals, treachery, fraud, and murder buried beneath the science of petrified shards, skin, and bones. Ultimately, he must face a brutal killing in his own past, when he fled to a desert war and came back with a gun and a license to detect.

In his first case, The Bone Field, Przewalski chases a missing paleontologist across 80 million years of intrigue and death, from a Wyoming bone field of petrified skeletons to the bone rooms of the museum.

World-renowned museum paleontologist Peter Marchand vanishes while leading a dinosaur dig in the sweltering, desert badlands of Wyoming. He has made enemies from his serial womanizing, ruthless dealings, religious blasphemy, and unorthodox theories. Hired to find him, Pittsburgh private detective Harry Przewalski uncovers a tangle of sexual deceit, betrayal, and scientific fraud. Ultimately, he must excavate the nightmares in his own extinct past to keep from being killed.

The first installment in the Harry Przewalski series. The second and third are Death Spoke and The Camel Driver.

What listeners say about The Bone Field